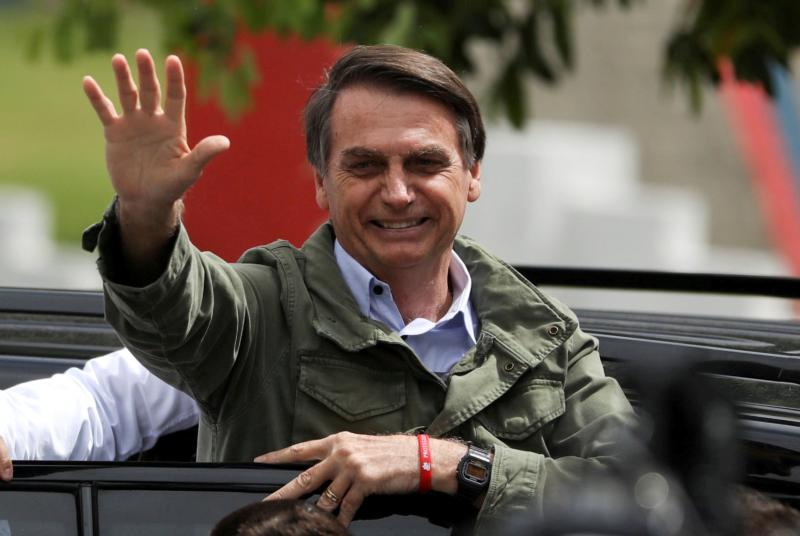 SAO PAULO (CNS) — Brazilian President-elect Jair Bolsonaro, a Catholic who campaigned to rid the nation of corruption, will take office Jan. 1 with a conservative moral agenda.

“I want to thank God for this mission, because Brazil is in a somewhat complicated situation, with an ethical, moral and economic crisis. I am sure that I am not the most qualified, but God enables the chosen ones,” Bolsonaro told the media after his late-October victory, with a statue of Our Lady of Aparecida, Brazil’s patron saint, behind him.

Bolsonaro’s victory has been linked to the support of the evangelical community in Brazil.

Although Brazil is the most populous Catholic country on earth, the number of evangelicals has been growing at a rapid pace in recent decades. In the 2010 census, 22 percent of the population, approximately 42 million Brazilians, defined themselves as evangelicals.

Evangelicals today have a strong, activist voice in Brazilian politics and society, with the annual March for Jesus gathering hundreds of thousands on the streets of some of Brazil’s largest cities. Bolsonaro attracted these Christian devotees with his strong views on issues such as abortion, LGBT rights and traditional family values.

The new president has reiterated his opposition to the expansion of abortion laws and noted that if the bill now in Congress passes, he will veto it.

“I do not intend to take any initiative in this regard (to expand the legal possibilities of abortion),” said Bolsonaro. “I have always said I am against abortion, and the commitment I have is to not allow abortion to expand in any way.”

Currently, abortion is allowed in Brazil under three circumstances: if pregnancy is life-threatening for the mother; if gestation is the result of rape; or if the fetus is anencephalic.

In 2004, Bolsonaro, a Congressman, was pivotal in the failure of a federal government program to combat violence and prejudice against the LGBT population. The program, dubbed Brazil Without Homophobia, called for the training of educators to address issues related to gender and sexuality.

Calling the program a “gay-kit” for young children in their formative years, Bolsonaro said in October that, if elected, his administration would “not stimulate what parents do not want their children to learn in the classroom.”

But Bolsonaro also brought about waves of protest against his stance on gun control and gender issues. Critics say the country’s new president has views that are not in line with his faith.

A hard-liner on security issues, Bolsonaro has said he plans to ease gun control measures and will seek to allow police to use deadly force when dealing with suspects. This has led to harsh criticism from human rights groups and anti-violence activists around the world, including Catholic entities.

Bolsonaro, dubbed as a misogynist, inspired demonstrations against him in the last days of the campaign. “Not Him” and “Never Him” posters with the candidate’s face flooded streets throughout Brazil in the days before the election with women, LGBT supporters, indigenous, environmentalists and social activists stating that his victory would be a serious loss to Brazil’s social movements.

Nonetheless, Bolsonaro promises to “be the president of all Brazilians,” that no social group will be left unattended and that he will live up to his campaign motto “Brazil above everything and God above everyone.”