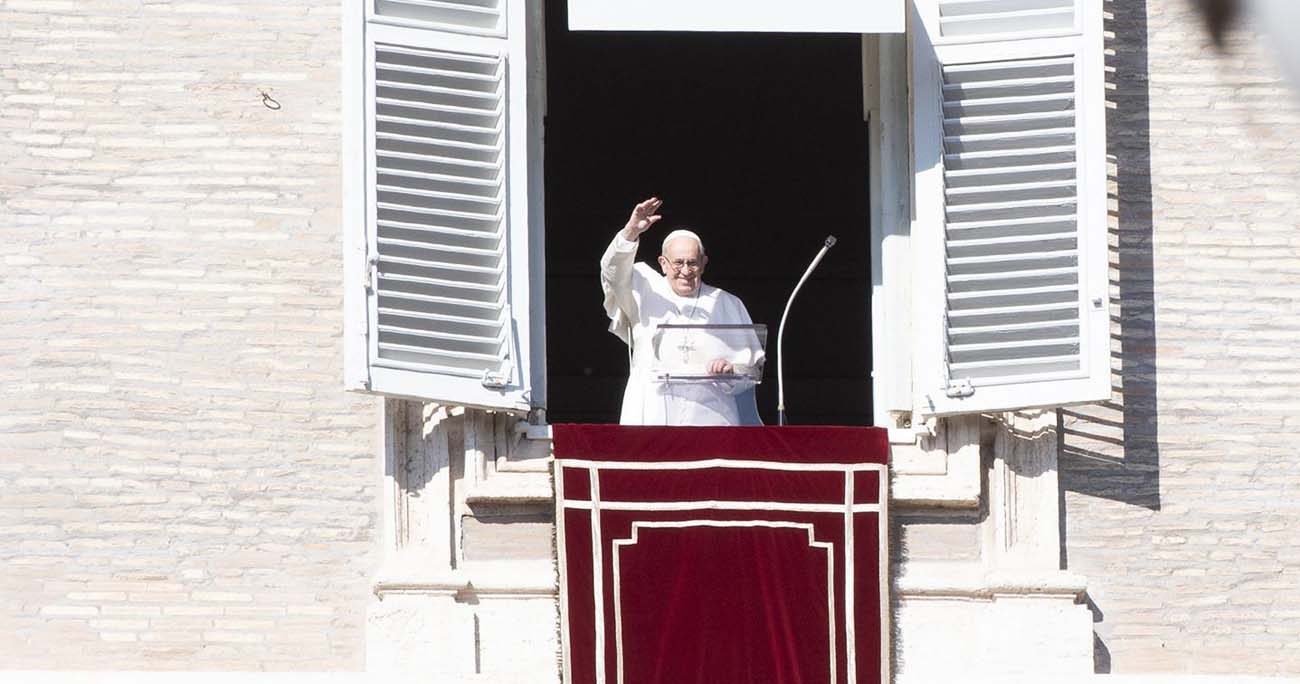 Pope Francis leads the Angelus from the window of his studio overlooking St. Peter's Square Nov. 11 at the Vatican. (CNS photo/Claudio Peri, EPA)

VATICAN CITY (CNS) — While all Christians are called to help those in need, they must fight against the temptation of boasting about their gifts of charity to seek attention, Pope Francis said.

Before praying the Angelus prayer with about 20,000 people gathered in St. Peter’s Square Nov. 12, the pope said that the Gospel story of the poor widow who gave her last two coins as an offering helps Christian men and women today to “strip ourselves of the superfluous in order to do to what really counts and to remain humble.”

“When we are tempted by the desire to make an impression and to rack up points for our altruistic gestures, when we are too interested in what others see and — allow me to use the word — when we are like ‘peacocks,’ let us think of this woman,” he said.

Reflecting on the Sunday Gospel reading, the pope said that Jesus unmasked “the perverse mechanism” of the scribes’ ostentatious behavior of praying so that others may see them and use God “to credit themselves as defenders of his law.”

This attitude of superiority and vanity, he said, “leads them to have contempt for those who count very little and are in a disadvantaged economic position, such as the widow.”

The widow’s gesture of humility does not go unnoticed by Jesus who uses her selfless act to teach his disciples about the importance of “the total gift of self,” he said.

“The Lord’s scales are different from ours,” the pope said. “God doesn’t measure the quantity but the quality; he scrutinizes the heart and looks at the purity of the intentions.”

Pope Francis said that Christians must “shun ritualism and formality” and instead learn to humbly express gratitude by imitating the poor widow.

“We don’t know her name, but we know her heart,” the pope said. “We will certainly find her in heaven” because her heart is “what counts before God.”

NEXT: World has not learned lessons from Great War, pope says