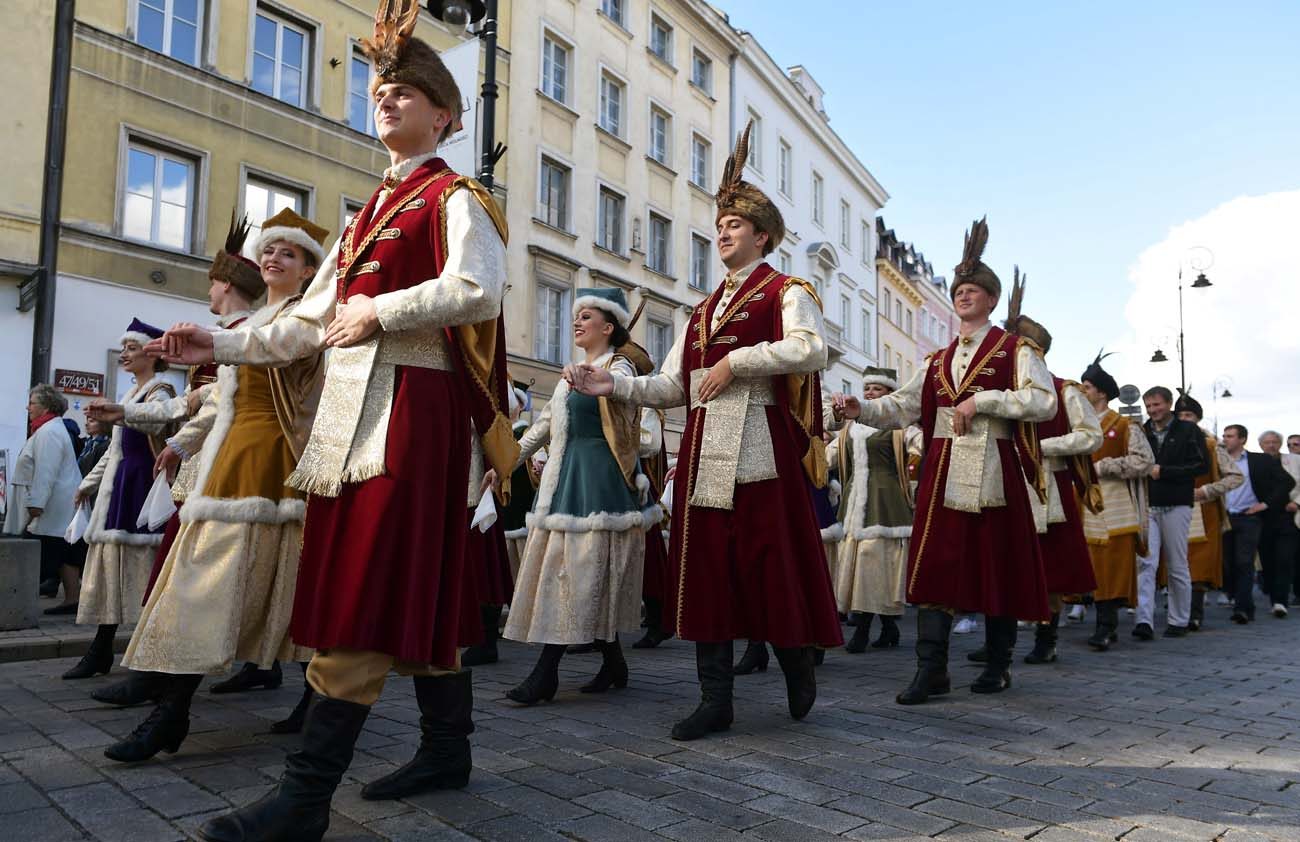 People in Warsaw, Poland, celebrate Sept. 29, ahead of the Nov. 11 centenary of Polish independence. Poland's bishops marked the centenary by telling Catholics that independence could be lost again if Poles abandon their faith. (CNS photo/Marcin Obara, EPA)

In a pastoral letter for the Nov. 11 centenary, the bishops said love of homeland was a divine command and was expressed through “daily civic honesty, readiness to serve, and dedication to the common good.”

“Our homeland’s painful history should sensitize us to threats to the nation’s spiritual freedom and sovereignty,” the bishops said.

They said independence required not just “armed struggle, and political and diplomatic efforts,” but “resolute faith and prayer.” They said Poland was being “morally and spiritually weakened” by “a spreading captivity, especially among young Poles, from alcohol, drugs, pornography, internet threats, gambling, etc.”

“Celebrating this anniversary impels us to reflect on Poland’s current state and the dangers to its sovereign existence. The gravest of these arise from abandoning the Catholic faith and the Christian principles governing our national life and state’s functioning. This has already led in the past to our republic’s collapse.”

“Among our national shortcomings, we increasingly witness the voice of private interests, individual and group egoism, lack of regard for the common good, and slander and abuse of the Catholic faith and Polish national traditions,” the bishops said.

Beginning in the 1790s, Poland was partitioned by the German, Austrian and Russian empires. In November 1918, it was formally restored as a nation.

The annual independence day celebration was officially scrapped under communist rule after 1947 in favor of a Soviet-approved alternative, but was reinstituted after the 1989 return of democracy.

In their pastoral, to be read in all Polish churches Nov. 4, the bishops said Poland’s 18th-century republic had collapsed because of violence by neighboring powers, but also because of internal “sins and failures” by its nobility, state dignitaries and church leaders.

They added that subsequent Polish insurrections had merely brought harsher repression of Polish culture and church life, fueling the idea that freedom would depend on “religious revival and moral renewal.”

“Religious, social and national awakening” was achieved with help from “many saints and blessed people,” culminating in the role of the Polish pope, St John Paul II, the bishops said.