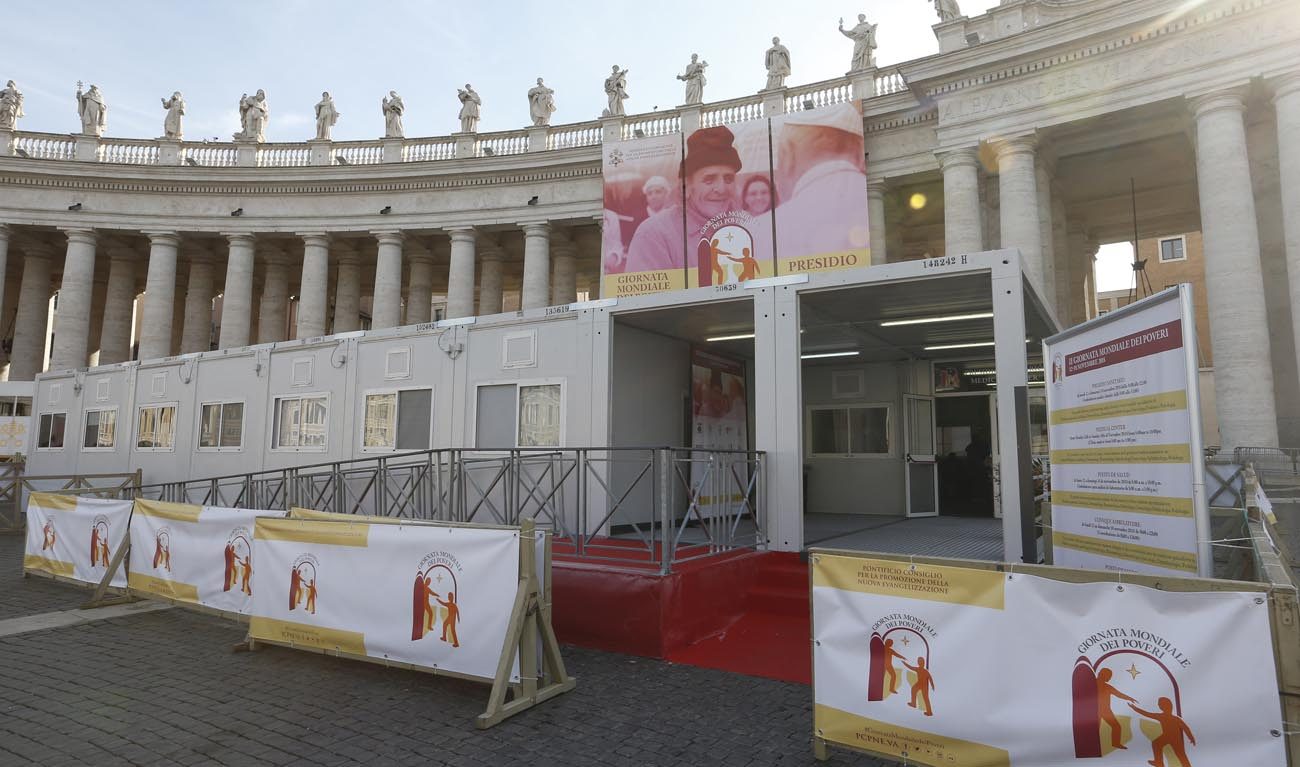 VATICAN CITY (CNS) — As workers were getting St. Peter’s Square ready for this year’s Nativity scene, nearby a large mobile health care facility was set up and running to serve the city’s homeless and poor.

About two dozen men and a few women were sitting or standing in a spacious area, quietly waiting their turn or filling out basic paperwork before being called for their free checkups.

Doctors volunteering from Rome hospitals or other health clinics and nurses from the Italian Red Cross took shifts running laboratory tests and seeing patients from 8 a.m. to 10 p.m. each day.

For the second time, the Pontifical Council for Promoting New Evangelization organized the free health care initiative in conjunction with Pope Francis’ celebration of the World Day of the Poor, which was to be celebrated Nov. 18. But this year, the clinic offered extended morning and evening hours. Anyone in need could find general and specialist care, including cardiology, dermatology, gynecology and ophthalmology.

Roberta Capparella, a Red Cross nurse, told reporters Nov. 13 that she and many others took part in last year’s initiative and found it “very gratifying.”

She said they were so happy to hear Pope Francis wanted to offer the free health services again this year that they jumped at the chance to serve again.

“Just by being here all day, volunteers realize that they aren’t giving of themselves, but that they are receiving” from the people they serve, she said. 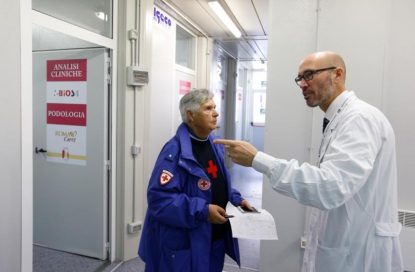 Red Cross nurse Roberta Capparella talks with Dr. Andrea Manfredi at a free health clinic for the needy in St. Peter’s Square at the Vatican Nov. 13. The clinic is offering services for a week in advance of the Vatican’s Nov. 18 World Day for the Poor. (CNS photo/Paul Haring)

The World Day of the Poor — marked each year on the 33rd Sunday of ordinary time — focuses this year on a verse from Psalm 34, “This poor one cried out and the Lord heard.”

The commemoration and the period of reflection and action preceding it are meant to give Christians a chance to follow Christ’s example and concretely share a moment of love, hope and respect together with those in need in one’s community, the pope said in his message for the day, published in mid-June.

The pope was to celebrate Mass in St. Peter’s Basilica Nov. 18 with the poor and volunteers, and he was scheduled to have lunch afterward with about 3,000 people in the Vatican’s Paul VI audience hall. Other volunteer groups and schools were also set to offer free meals throughout the city.