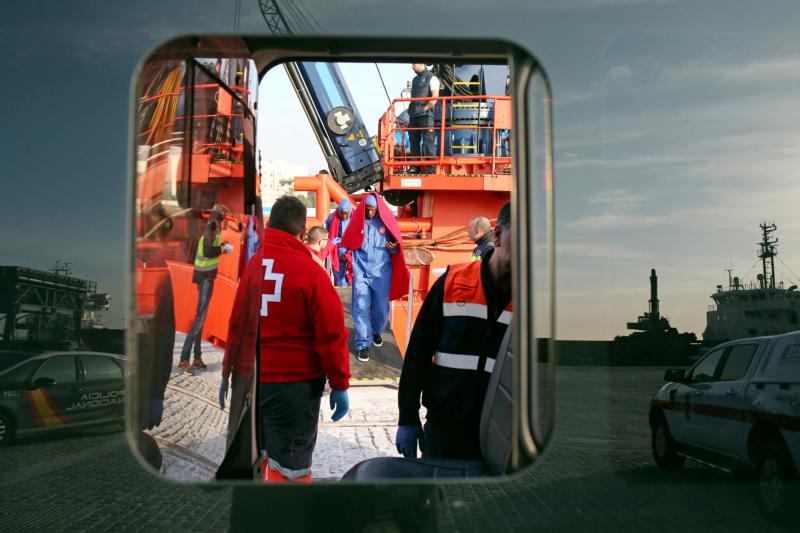 MADRID (CNS) — The deaths of up to 35 migrants in the Strait of Gibraltar in a single day prompted a Spanish bishop to call for greater solidarity among the nations of the region to resolve the crisis.

Bishop Juan Menendez Fernandez of Astorga, president of the Spanish bishops’ commission on migration, said the 18 confirmed deaths and 17 disappearances filled him with “sadness and anguish.”

“This human tragedy puts before our eyes, once again, such a desperate situation that is lived by thousands of people in the north of Africa, the majority of them young,” Bishop Menendez said in a statement posted on the website of Spanish bishops’ conference in early November.

“This underlines the failure of migration policies of the states of Europe and Africa, the absence of common criteria to address this phenomenon, and the necessary solidarity between the countries,” he said.

“It is urgent that our governments take firm decisions to resolve this phenomenon of irregular migration and such suffering caused to people and their families,” he continued.

The bishop said the solidarity of the church’s charitable agency, Caritas, and other agencies in rescuing and caring for migrants should serve as a “sign of hope … and a spur for our authorities to act decisively to eradicate the causes of these tragedies.”

The deaths of the migrants in the Strait of Gibraltar near Cadiz is believed to be the worst there since 2009, when 10 migrants died in a shipwreck.

The latest tragedies involved two rafts, one of which capsized, killing four, while the other was found to have 13 dead among 40 other people on board. More than 100 migrants were rescued the same day and taken to Melilla, a Spanish autonomous city in North Africa.

Spain has become the main destination for undocumented migrants since an anti-immigration coalition took office in Italy in June. Rescue ships are now often refused permission to dock in Italian ports.

The United Nations reported that the Mediterranean has become increasingly dangerous for migrants, with one in 18 going missing during crossings in the first six months of 2018, compared to a rate of one in 42 in 2017.

There also have been at least 10 incidents this year — seven since June — in which more than 50 migrants have died together at sea, according to the U.N.

At least 300 migrants have died trying to reach Spain from North Africa in 2018, already a third more than in 2017.

The U.N. reported at a Nov. 6 briefing in Geneva that the deaths off Cadiz meant that more than 2,000 migrants had died in the Mediterranean in 2018, while nearly 101,000 had successfully crossed the sea.