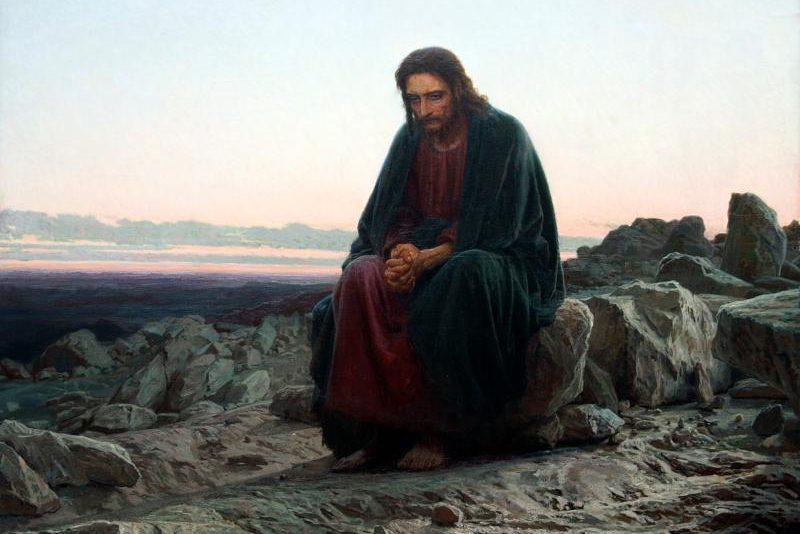 An 1872 painting, “Christ in the Wilderness,” by Ivan Kramskoy, is part of a collection of 54 Russian masterpieces loaned to the Vatican for a special exhibition. The exhibit, “Pilgrimage of Russian Art: From Dionysius to Malevich,” will be free and open to the public in the Vatican’s Braccio di Carlo Magno hall from Nov. 20 to Feb. 16. (CNS photo/courtesy of Tretyakov Gallery)

VATICAN CITY (CNS) — In another example of the “diplomacy of art,” the Vatican inaugurated a landmark exhibit of “spiritual” masterpieces from Moscow’s famed Tretyakov Gallery and other state galleries in Russia.

Some of the pieces, particularly a number of precious icons, have never been shown before outside of their home galleries, Barbara Jatta, director of the Vatican Museums, told reporters Nov. 19.

“It is an exhibit on Russian spirituality, the Russian soul,” she said at the Vatican news conference together with the show’s two curators — Arcady Ippolitov of The State Hermitage Museum and Tatyana Udenkova — and the head of the State Tretyakov Gallery, Zelfira Tregulova.

“This exhibit offers an exceptional opportunity to show the Vatican, Rome and the whole world, Russian art and spirituality,” Tregulova told Reuters in early November.

The exhibit, “Pilgrimage of Russian Art: From Dionysius to Malevich,” is open and free to the public in the Vatican’s Braccio di Carlo Magno hall, just off St. Peter’s Square, from Nov. 20 to Feb. 16.

It will showcase 54 masterpieces spanning from the 1400s to the 20th century, including Wassily Kandinsky’s “Red Square in Moscow,” Ivan Kramskoi’s “Christ in the Wilderness,” and Dionysius’ 16th-century icon “The Crucifixion.” 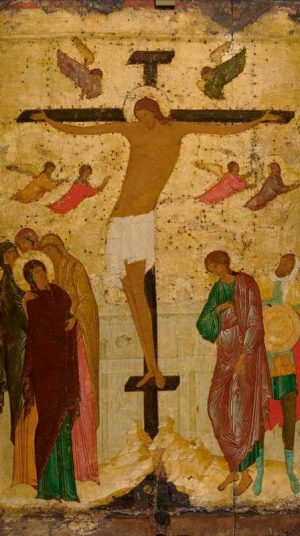 A 1500 painting, “The Crucifixion,” by Dionysius, is part of a collection of 54 Russian masterpieces loaned to the Vatican for a special exhibition. (CNS photo/courtesy of Tretyakov Gallery)

Loaning so many exceptional pieces to the Vatican was a way the Moscow gallery wished to reciprocate the Vatican Museums’ landmark exhibit in Moscow in 2016, Jatta said.

The Vatican’s nuncio to the Russian Federation, Archbishop Celestino Migliore, told Russian television in early November that in the wake of that huge art show success in 2016, “cultural diplomacy continues to win” with the new show opening at the Vatican.

“Beauty creates bridges,” Jatta told reporters at the Vatican. It brings different cultures closer together and reminds people they all belong to one human family, she said.

PREVIOUS: Helping the poor is not a papal fad, but a duty, pope says