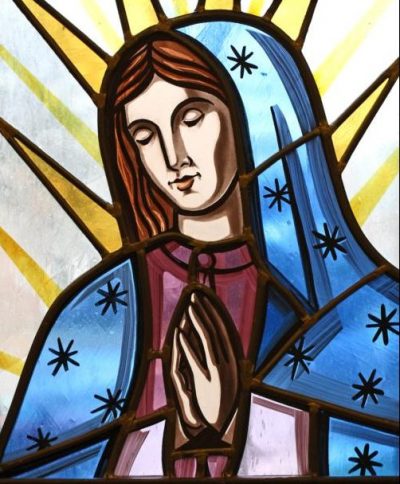 SAN FRANCISCO (CNS) — San Franciscans will celebrate the recently commissioned “Mass of the Americas,” a musical setting for parts of the liturgy, Dec. 8 for the feasts of the Immaculate Conception and Our Lady of Guadalupe at the archdiocese’s Cathedral of St. Mary of the Assumption.

The liturgy, scheduled for 2 p.m., is the first new Mass setting commissioned for the cathedral since it was dedicated in 1971.

“The Mass embodies the way Mary, our mother, unites all of us as God’s children,” San Francisco Archbishop Salvatore J. Cordileone said in a statement announcing celebration of the Mass, which he said is a “simultaneous tribute to Our Lady of the Immaculate Conception and Our Lady of Guadalupe,” whose feast days are Dec. 8 and Dec. 12, respectively.

The Mass is sponsored by the Benedict XVI Institute for Sacred Music and Divine Worship. La Rocca is composer-in-residence at the institute.

The Eternal Word Television Network planned to broadcast and livestream the celebration.

An announcement for the liturgy said the style is of the long-standing sacred music traditions of the Catholic Church but incorporates traditional Mexican folkloric hymns to Mary.

It was composed for a 16-voice mixed chorus, organ, string quartet, bells and marimba, which is an instrument from Central America and South America. A professional choir known as Benedict Sixteen was to sing at the Mass.

Archbishop Cordileone originated the idea for the Mass as the “musical equivalent of mission architecture because it is rooted in the tradition and incorporate local elements in the creation of a new worship experience.”

The Archdiocese of San Francisco said the Mass also was inspired by the calendar in which the feast of the Immaculate Conception falls on the Saturday before the feast of Our Lady of Guadalupe, offering a way to unify the Anglo and Latino communities of the Catholic Church.

After its first celebration, the Mass of the Americas will be taken on an international tour of cathedrals including to Our Lady of Guadalupe cathedrals in Dallas and Tijuana, Mexico.