Paris archbishop to pray for France as fuel taxes canceled 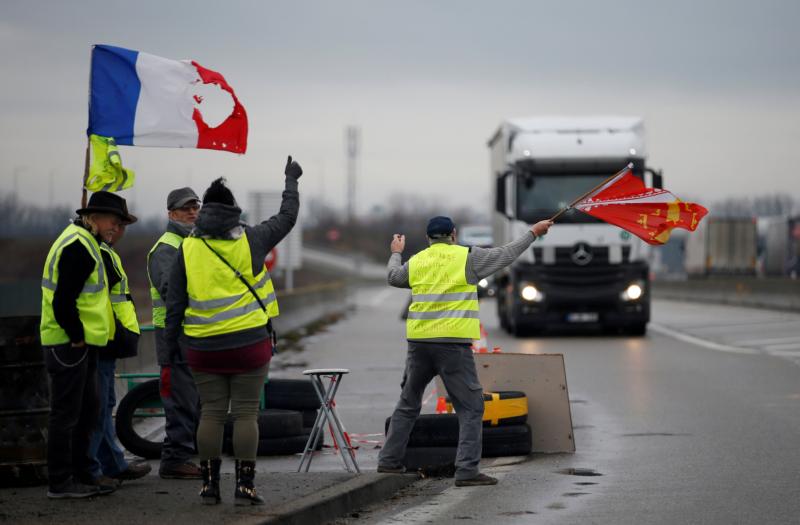 PARIS (CNS) — Paris Archbishop Michel Aupetit planned to pray for the country Dec. 7, even as the French government dropped all fuel tax increases for 2019.

The government move came after French cities were hit with weeks of violent protests, as French demanded lower fuel taxes and better purchasing power. Images of rampage at the Arc de Triomphe and the Champs-Elysees during the Dec. 1 weekend have been shown around the world.

The demonstrations, known as the “yellow vest” protests after the high-visibility vests worn as a symbol of French citizens’ demands, were set to continue, despite the cancellation of the fuel tax increase. At least four people have died since the protests began in mid-November.

On Dec. 5, Archbishop Aupetit said he believed the protests reflected a “significant suffering of many of our fellow citizens,” but he denounced the “outrageous violence” that led to violent clashes, particularly in Paris.

The archbishop, who asked Christians to be peacemakers, said he would pray for the country at Notre Dame Cathedral’s 6:30 p.m. Mass Dec. 7, the eve of the feast of the Immaculate Conception.

Archbishop Georges Pontier of Marseilles, president of the French bishops’ conference, said Dec. 6 everyone had a responsibility for dialogue.

“This crisis clearly shows a lack of listening and dialogue in our country, some divisions and misunderstandings … a growing mistrust toward any institution and the loss of confidence in intermediary bodies,” he said. He also condemned the violence that marked some demonstrations.

“Only a courageous and constructive dialogue can contribute to the search for the common good,” he added.

NEXT: Christmas spirit in the air as Vatican unveils Nativity scene, tree