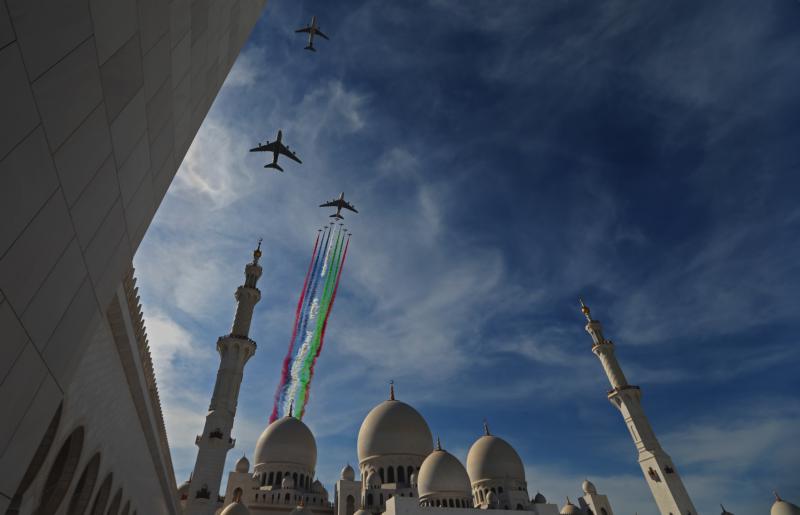 In a Dec. 6 statement, the Vatican said the pope will “participate in the International Interfaith Meeting on ‘Human Fraternity'” after receiving an invitation by Sheikh Mohammed bin Zayed Al-Nahyan, crown prince of Abu Dhabi.

“The visit will take place also in response to the invitation of the Catholic Church in the United Arab Emirates,” the Vatican said.

The trip Feb. 3-5 will take place less than a week after Pope Francis returns from his Jan. 23-28 visit to Panama for World Youth Day.

Shortly after the announcement, Sheikh Mohammed bin Rashid Al-Maktoum, vice president and prime minister of the United Arab Emirates, welcomed the announcement of the pope’s visit in a post on his personal Facebook page.

The visit, he said “will strengthen our ties and understanding of each other, enhance interfaith dialogue and help us to work together to maintain and build peace among the nations of the world.”

In a message published on the visit’s official website, Swiss Bishop Paul Hinder, apostolic vicar of Southern Arabia, expressed his hope that the pope’s “short visit will be a moment of deepening our faith and our adherence to the bishop of Rome.”

Although a detailed program of the pope’s schedule “will be published before Christmas,” Bishop Hinder confirmed that Pope Francis will celebrate a public Mass in Abu Dhabi Feb. 5 and that arrangements are being made to allow as many faithful as possible “to participate in this historic event.”

“Let us keep in mind that it will be the first visit of a pope to the Arabian Peninsula,” the bishop said.

The Vatican also released the logo and the theme of the papal visit, “Make me a channel of your peace,” which is inspired by St. Francis of Assisi’s prayer for peace.

The theme, the Vatican statement said, “expresses our own prayer that the visit of Pope Francis to the United Arab Emirates may spread in a special way the peace of God within the hearts of all people of goodwill.”

Greg Burke, Vatican spokesman, said the theme was also a fitting description of the purpose of the pope’s visit which will focus on “how all people of goodwill can work for peace.”

“This visit, like the one to Egypt, shows the fundamental importance the Holy Father gives to interreligious dialogue,” Burke said. “Pope Francis visiting the Arab world is a perfect example of the culture of encounter.”

The trip to Abu Dhabi, he said, also “shows his appreciation for the increasing openness there to the religious freedom of non-Muslims, as witnessed by the presence of two Catholic churches in the Emirate.”

Reynolds said the visit could “also raise the visibility of the problematic situation for religious freedom in neighboring Saudi Arabia.”

PREVIOUS: Difficult 2018: For pope, it was year to come to terms with abuse crisis