Pope’s white Lamborghini up for raffle; winner gets trip to Rome 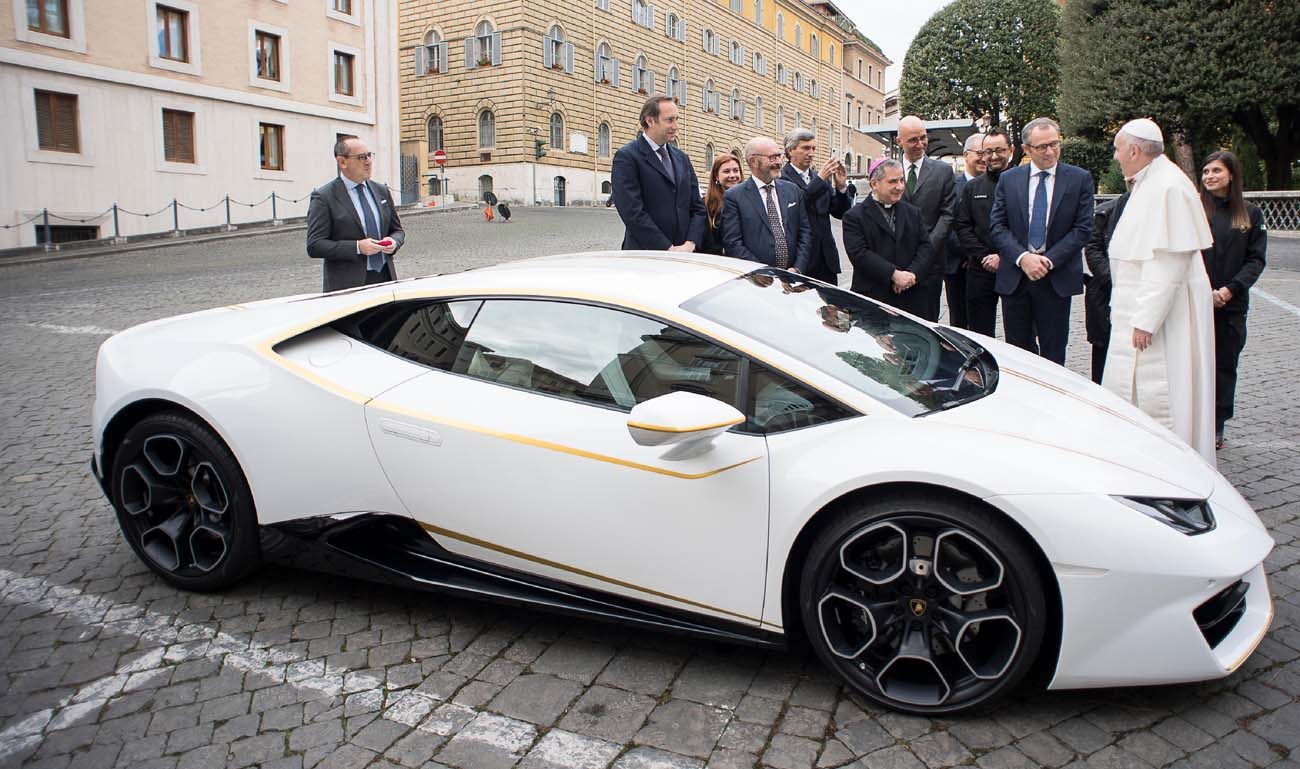 Pope Francis accepts a Lamborghini presented by representatives of the Italian automaker at the Vatican in this Nov. 15, 2017, file photo. (CNS photo/L'Osservatore Romano)

UPDATED – VATICAN CITY (CNS) — A custom-built 2018 Lamborghini Huracan coupe autographed by Pope Francis is back on the block, but, this time with an online fundraising platform, not at an elite European auction house.

The Italian luxury carmaker donated the white vehicle with gold stripes — to match the white and yellow of the Vatican City flag — to the pope in November 2017. The pope had put his diminutive signature on the car’s hood, then the vehicle was put up for auction to raise money for charity.

However, it turns out the final bidder at the Sotheby’s auction in Monaco in May did not finalize the transaction and the promised $800,000 sale fell through, according to information provided by Lamborghini.

In an effort to still raise funds for a good cause, Lamborghini has decided it will offer people around the world — not just the highest bidder — the chance to win the unique vehicle.

Donations begin at $10 in order to enter the contest, according to the campaign at www.omaze.com/experiences/pope-francis-lamborghini.

The winner gets airfare to Rome, accommodation in a four-star hotel and a private ceremony of receiving the new car keys “in the presence of Pope Francis and Lamborghini CEO, Stefano Domenicali” at the Vatican, according to the fundraising page.

Proceeds were to go to rebuilding villages “that have been devastated by violence and war, assist victims of human trafficking, provide medical care and education to those living in poverty” by being distributed through Charities Aid Foundation of America.