Some call for N.Y. governor to be excommunicated for supporting abortion 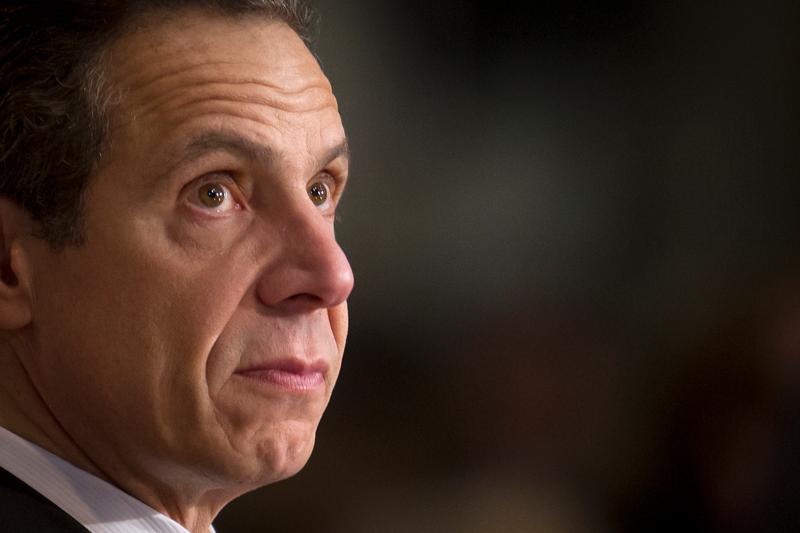 New York Gov. Andrew Cuomo is seen during a Midnight Mass at St Patrick’s Cathedral Dec. 25, 2014, in the Manhattan borough of New York City. Bishop Edward B. Scharfenberger of Albany, N.Y., urged Cuomo to stop the “Death Star” as he called a bill in the state Legislature to expand current state law on abortion. On Jan. 22, the anniversary of the U.S. Supreme Court’s 1973 Roe decision legalizing abortion nationwide, the Legislature passed the Reproductive Health Act and Cuomo, a Catholic, signed it into law. (CNS photo/Carlo Allegri, Reuters)

NEW YORK (CNS) — Since Gov. Andrew Cuomo signed New York’s new expansive abortion measure into law Jan. 22, the anniversary of Roe v. Wade, some Catholics have called for the governor, who is Catholic, to be excommunicated.

Cuomo fully backed the Reproductive Health Act as it made its way through the Legislature. It expands access to abortion, allows late-term abortions and lets nondoctors perform abortions.

A statement issued by a spokesperson for New York Cardinal Timothy M. Dolan said in general that “excommunication should not be used as a weapon,” and that too often those who call for someone’s excommunication “do so out of anger or frustration.”

“Notable canon lawyers have said that, under canon law, excommunication is not an appropriate response to a politician who supports or votes for legislation advancing abortion,” said the statement, which laid out “general principles” and did not address any specific individual.

“From a pastoral perspective, if a pastor — and a bishop is certainly a pastor of a diocese — knows of a grave situation involving a parishioner, it is his duty to address that issue personally and directly with the parishioner,” it said, adding that this is the approach of Cardinal Dolan as it was of his predecessors as New York’s archbishop, the late Cardinal John J. O’Connor and the late Cardinal Edward M. Egan.

“From a strategic perspective,” excommunication is not effective because “many politicians would welcome it as a sign of their refusal to be ‘bullied by the church,’ thinking it would therefore give them a political advantage,” the statement said.

As an example of this “political advantage,” it cited how in 1989, Bishop Leo T. Maher, then head of the Diocese of San Diego, gained national attention when he forbade California Senate candidate Lucy Killea, a state assemblywoman, from receiving Communion because of her support for legal abortion, which had become a prominent feature of her campaign.

In an appearance on “The Phil Donahue Show,” the lawmaker said she would neither alter her position on abortion nor leave her faith. Killea won the election.

Albany Bishop Edward B. Scharfenberger had addressed the bill and Cuomo’s support for it in in an open letter to the governor published Jan. 19 at evangelist.org, the website of The Evangelist, Albany’s diocesan newspaper. He urged Cuomo not to let the bill, which he called a “Death Star,” become law.

The New York State Catholic Conference said that with the new abortion law, the state “has become a more dangerous one for women and their unborn babies.”

PREVIOUS: ‘Panama in the Capital’ event ‘awesome from start to finish,’ says pilgrim

NEXT: Steinfels: No one did a deep dive into Pa. grand jury report