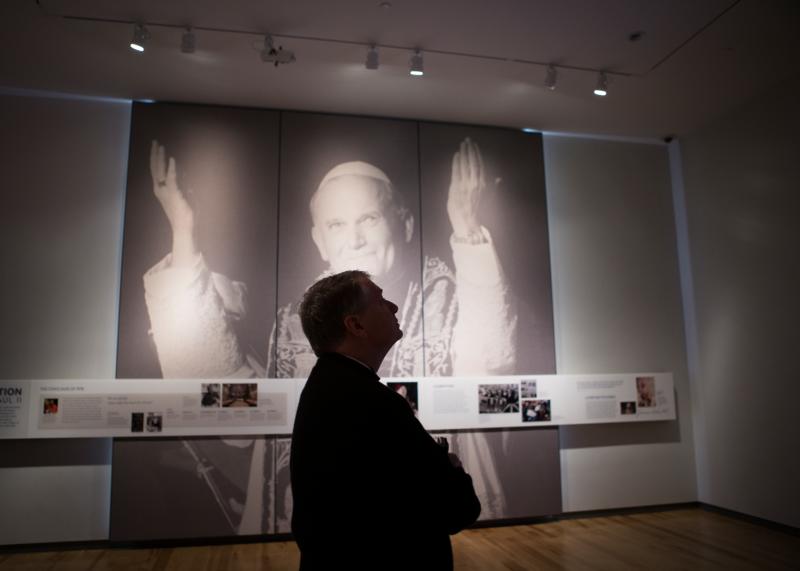 But, since they were in the neighborhood — well, make that hemisphere — about half of them made a visit to Washington prior to World Youth Day to take part in the annual March for Life. The other half made a pilgrimage to Mexico City to see the site where Our Lady of Guadalupe appeared to St. Juan Diego.

Why, though, would Australians want to participate in the march when American law plays no role in Australian law?

“What America does in this (issue) does affect the whole world,” said Archbishop Anthony Fisher of Sydney, Australia’s largest city, citing the Supreme Court’s 1973 decision in Roe v. Wade, and how state laws are affected.

Australian law, according to Archbishop Fisher, similarly makes distinctions on what belongs in the federal purview and what is germane to its states, such as New South Wales, where Sydney is located.

Abortion is still outlawed in Australia’s states, “but the courts have ruled that to save the life or health of the mother, an abortion may take place,” he said.

“It’s hard in Australia to get late-term abortions,” the archbishop said, defining “late-term” as the third trimester.

Australia’s biggest pro-life challenge is euthanasia, Archbishop Fisher said. A couple of states have already legalized the practices, and advocates of physician-assisted suicide would like to alter the law so that medical professionals “legally be required to cooperate” with any euthanasia wish, he added.

Another challenge for the Catholic Church in Australia is a Royal Commission report issued last year on clergy sex abuse.

The Royal Commission said the bishops should urge the Vatican to change canon law so that “the pontifical secret” — the confidentiality surrounding a canonical investigation and process — “does not apply to any aspect of allegations or canonical disciplinary processes relating to child sexual abuse.”

Further, the Royal Commission asked that the bishops urge the Vatican to eliminate the “imputability test” of canon law when dealing with cases of clerical sexual abuse. This test means, in essence, that a person’s level of guilt for a crime is lessened to the degree that he or she was not aware that the action was wrong; if the imputability is diminished, canon law would recommend a lesser penalty for the guilty.

The commission also recommended the bishops work with the Vatican to amend canon law to remove the time limit for commencement of canonical actions relating to child sexual abuse, but the bishops, in a response to the report, said this was already the practice in Australia.

Archbishop Fisher said two Australian states have already made it law requiring for priests to break the seal of the confessional — a law that, as reported by Australia’s state broadcaster ABC, priests have said they will not follow.

The archbishop said it was presumptuous of the Royal Commission to think that one nation’s bishops would ask the church worldwide to “alter its universal teaching.” He added he found it ironic that, following a recent case where a criminal defense attorney turned out to be a police informant, Australia’s legal community wants to “enshrine” lawyer-client confidentiality in Australian law, yet not extend “confessional privilege” to the church.

Changes in the law, Archbishop Fisher said, would not help uncover more abuse, but would likely hinder it, as any priest considering confessing to abuse would instead not confess to keep the abuse from being reported.

Be that as it may, he added, confession is an “underutilized” sacrament in Australia. There are “church centers in the cities where thousands” of Catholic go to confession, Archbishop Fisher said, “but in the parishes, it’s much, much less.”

The archbishop said he hopes the Vatican meeting with the heads of bishops’ conferences worldwide on clergy sex abuse drives home a few points: “that it’s not Anglo-Saxon, it’s not a media beat-up and it’s of world proportions.”

The problems surrounding the issue are “severe, they’re real and they’re universal” Archbishop Fisher said. “Sadly, I think there are bishops around the world who still do not get it,” Archbishop Fisher said, but they should, he added, “learn from the American, the Irish and the Australian experience” before the issue comes knocking at their own door.

NEXT: Tolerance-plus: Pope in Abu Dhabi will build on relations with Muslims