Life is a gift not meant to be possessed, manipulated, pope says 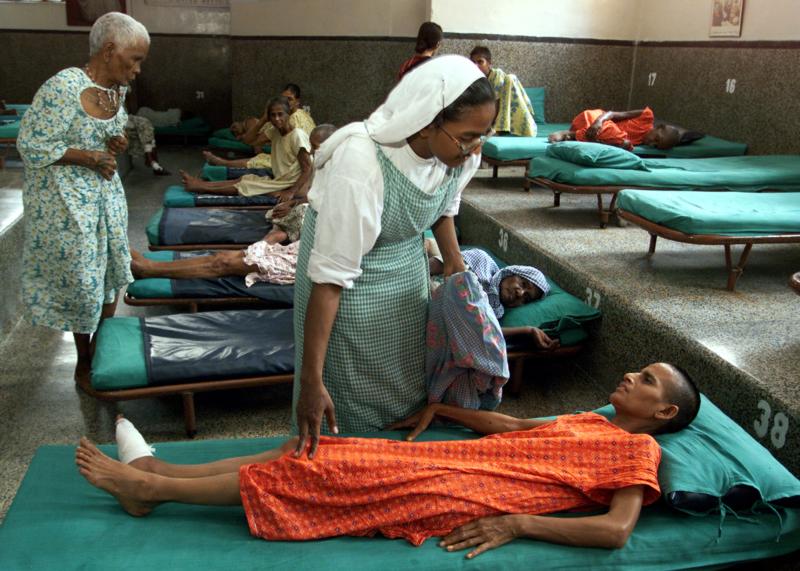 A member of the Missionaries of Charity cares for a critically ill patient at Nrimal Hriday home for the dying opened in 1952 by St. Teresa of Kolkata in India. In his message for the World Day of the Sick, celebrated Feb. 11, Pope Francis said that life is “a gift from God” that is “best suited to challenging today’s individualism and social fragmentation.” (CNS photo/Sucheta Das, Reuters)

VATICAN CITY (CNS) — Generously caring for the sick and the marginalized is the best way to combat a culture of waste and indifference that seeks to control and manipulate life, Pope Francis said.

In his message for the World Day of the Sick, celebrated Feb. 11, the pope said that life is “a gift from God” that is “best suited to challenging today’s individualism and social fragmentation.”

“Precisely because it is a gift, human life cannot be reduced to a personal possession or private property, especially in the light of medical and biotechnological advances that could tempt us to manipulate the ‘tree of life,'” the pope wrote in his message, which the Vatican released Jan. 8.

The main Catholic celebration of the World Day of the Sick 2019 was scheduled for Kolkata, India, where Mother Teresa — who was canonized in 2016 — began her ministry serving the poor and the sick.

St. Teresa of Kolkata, the pope said, “is a model of charity” whose service to the sick and the marginalized “remains for us today an eloquent witness to God’s closeness to the poorest of the poor.”

The example set by the Albanian nun known as the “Saint of the Gutters,” he added, helps Christians understand that “our only criterion of action must be selfless love for every human being, without distinction of language, culture, ethnicity or religion.”

“Her example continues to guide us by opening up horizons of joy and hope for all those in need of understanding and tender love, and especially for those who suffer,” he said.

Individual acts of solidarity also have an impact on wider society and political choices, the pope said. For example, by bowing down before those left to die on the side of the road, Mother Teresa “made her voice heard before the powers of this world, so that they might recognize their guilt for the crime — the crimes! — of poverty they created.”

Reflecting on the day’s theme taken from the Gospel of St. Matthew — “You received without payment; give without payment” — the pope said that caring for the sick “requires professionalism, tenderness, straightforward and simple gestures freely given, like a caress that makes others feel loved.”

“‘Gift’ differs from gift-giving because it entails the free gift of self and the desire to build a relationship,” he said. “It is the acknowledgement of others, which is the basis of society” and is “a reflection of God’s love.”

Pope Francis said that being generous toward the sick and needy flows from humility and from recognizing that throughout his or her life, each person experiences being “poor, needy and destitute.”

“When we are born, we require the care of our parents to survive, and at every stage of life we remain in some way dependent on the help of others,” the pope said. “We will always be conscious of our limitations, as ‘creatures,’ before other individuals and situations.”

The text of the pope’s message in English is posted here.

The text in Spanish can be found here.

NEXT: Christians concerned about religious freedom if Turkey enters Syria