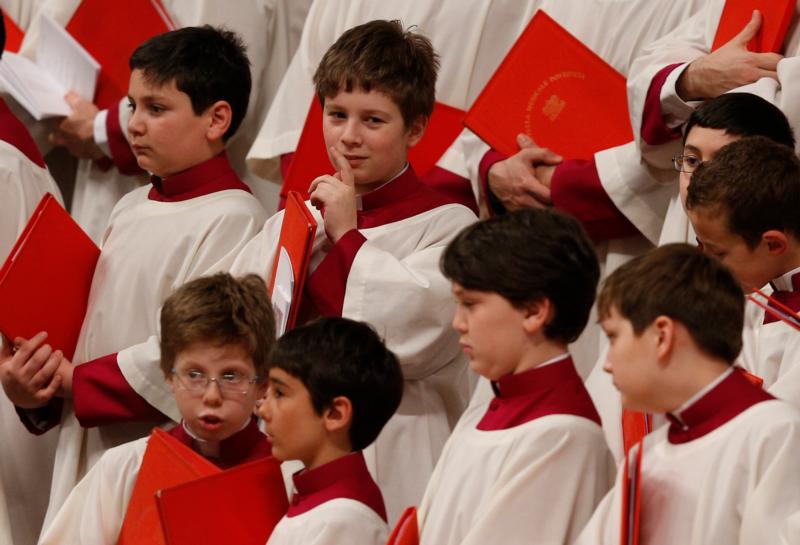 Boys in the Sistine Chapel choir are seen as Pope Francis leads a penitential liturgy in St. Peter’s Basilica at the Vatican March 28, 2014. The pope has placed the Sistine Chapel Choir under the direct supervision of the office of papal liturgical ceremonies and appointed an archbishop as financial officer. (CNS photo/Paul Haring)

VATICAN CITY (CNS) — Without mentioning questions about possible financial irregularities, Pope Francis has placed the Sistine Chapel Choir under the direct supervision of the office of papal liturgical ceremonies and appointed an archbishop as financial officer.

The decisions announced by the Vatican Jan. 19 focus on the choir’s history as a showcase of “artistic and liturgical expression at the service of the popes, initially inside the splendid chapel from which it draws its name.”

Because music is “a true liturgical ministry,” the pope said, it makes sense to place responsibility for the choir under the master of papal liturgical ceremonies, currently Msgr. Guido Marini. The choir had been under the Prefecture of the Papal Household, although with great autonomy.

The Vatican press office had confirmed in September that Pope Francis had “authorized an investigation into the economic-administrative aspects of the (Sistine Chapel) Choir,” particularly regarding the use of income from concerts.

Dating back to 1471, the Sistine Chapel Choir is one of the oldest choirs in the world and is made up of 20 men and 30 boys.

NEXT: Doctrinal congregation to handle relations with traditionalist Catholics