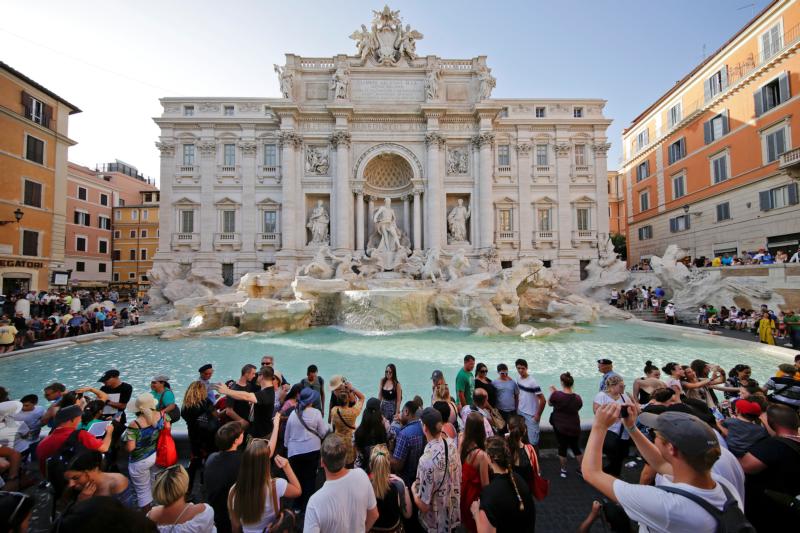 ROME (CNS) — After weeks of confusion and consternation, Rome’s mayor told the Vatican newspaper that Rome Caritas would benefit not only from the coins tourists throw in the Trevi Fountain, but from coins tossed in any of the city’s historic water features.

Caritas was informed in late December that it would no longer receive the coins that tourists toss over their shoulder into the Trevi Fountain, a ritual that is supposed to guarantee the person who pitched the coin would one day return to the city.

But, Virginia Raggi, Rome’s mayor, said it was all a misunderstanding. The city needs to ensure an accurate count of the money, so instead of having Caritas volunteers sort and count the coins, the city will entrust that to ACEA, the city utility responsible for cleaning and maintaining the famous fountain.

In 2018, the international collection of coins added up to about 1.5 million euros or about $1.7 million, a significant portion of the Rome diocesan Caritas’ budget for funding homeless shelters, soup kitchens and parish-based services to families in difficulty.

“No one ever thought about depriving Caritas of these funds,” Raggi told L’Osservatore Romano, the Vatican newspaper, Jan. 14. “The diocesan agency plays an important role for many needy and for the city of Rome, which wants to continue to be the capital of welcome for the weakest.”

Although the city council has been threatening since October 2017 to use the money for its own projects, Raggi said the decision reached in December was simply “an administrative act responding to the need to collect and quantify the coins tourist throw not only into the Trevi Fountain but into the other monumental fountains of Rome.”

ACEA counting the money will bring “order and transparency” to the process, she said, and expanding the collection to other fountains will bring more money to Caritas.

Interviewed Jan. 12 by Vatican News, Father Benoni Ambarus, director of Caritas Rome, said, “The first thing I want to say is thank you to the millions of tourists who created a sea of solidarity with their coins.”

The priest at that point was still hoping something would change before the change dried up in April. After all, the city council voted in October 2017 to start keeping the money in city coffers, but after a public outcry, the agreement with Caritas was extended to April 2018 and again to Dec. 31, 2018.

PREVIOUS: Faith is passed on at home, pope tells parents at baptism