Due to expected snow and ice on Wednesday, all Catholic archdiocesan high schools, parochial and regional schools in Philadelphia will be closed Feb. 20, the archdiocese announced.

Archdiocesan and parochial schools in suburban counties typically follow the decision of their local school district as to whether schools will close.

The Philadelphia Archdiocese made the determination for city schools on Tuesday afternoon, Feb. 19, ahead of the storm’s arrival.

The National Weather Service forecasts snow to begin after 8 a.m. in the Philadelphia region with an accumulation of two to four inches possible.

The temperature will reach a high of 34 degrees and go no lower throughout Wednesday night as the snow turns to rain and sleet between 8 and 11 p.m., with an additional accumulation of less than one inch at that time. Rain is expected to continue until around 8 a.m. Thursday morning.

Several school- and community-based events scheduled for Wednesday have already been canceled. Interested persons should check with the organization before attending a planned event that day.

With high temperatures in the mid-50s and mid-40 over the next few days, Wednesday’s snow and ice should be only a memory by the weekend.

For those who wish to slide down the memory snowbank of January 2016’s blizzard that dropped two feet of snow on our region, see our photo gallery — and remember that this week, it could have been worse. 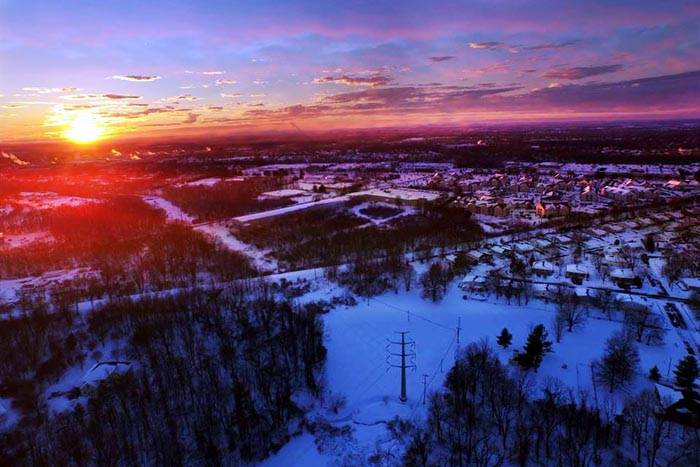 NEXT: Prepping for major Masses, cathedral choirs nurture the faithful