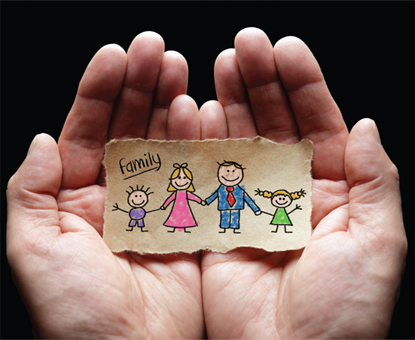 After a heart attack, John lay in the hospital and asked God for deliverance — from pornography.

“I was dying physically, I was dying spiritually,” said the Philadelphia-area resident, who wished his name withheld. “I asked God to take this away from me.”

The sales professional now in his 50s had struggled with pornography since adolescence. At age 11, a casual glance at a discarded issue of Playboy led to regular sexual fantasizing; by the time he was 21, he was visiting strip clubs and hiring prostitutes. And while he remained a faithful husband and father, John would watch pornographic films in his hotel room while on business trips.

After his marriage faltered and he found himself separated, he “got deep into” strip clubs, drinking and smoking — a lifestyle that, combined with a high-pressure job, led to his heart attack.

Today, after “a major conversion” that drew the lifelong Catholic more deeply into his faith, John works to prevent others from falling into what he calls the “diabolical problem” of pornography.

Pornography’s toll on the brain

“It’s spiritual poison,” said Joseph Pinhak, a licensed clinical social worker with Catholic Clinical Consultants, the mental health services division of archdiocesan Catholic Social Services. “It affects the users’ relationships; it becomes all-consuming, like any addiction. It becomes their world, as opposed to the real world around them.”

In recent years pornography has become a $97-billion-a-year industry, according to Kassia Wosick, associate professor of sociology at New Mexico State University.

Although accurate statistics on the use of online pornography are difficult to obtain due to methodological issues and researcher bias, a growing number of mental health professionals agree that pornographic images wreak neurological havoc.

Numerous clinical studies continue to demonstrate that pornography — like drugs, alcohol and other addictive substances and behaviors — alters the brain’s reward circuitry.

“Pornography rewires your brain,” said Steven Bozza, director of the archdiocesan Office for Life and Family. “And even when you want to get out of it, your brain starts to become hard-wired to it.”

Bozza noted that the exponential expansion of digital media has made pornography increasingly available, even to unsuspecting computer users.

“A bad stroke on the keyboard gets you into a site you don’t want to be in,” he said. “And once you’re in those sites, if you’re not diligent with clearing your browser’s cache, pornography sites will come to you through advertising.”

Women are increasingly accessing sexually explicit images, said Bozza. According to a 2018 study by Michigan State University, such usage can lead to a “higher endorsement of rape myths” as well as “a higher number of sexual partners.”

Both men and women often experience depression, decreased sexual performance, poor body image and difficulties in relationships as a result of consuming pornography. Addictions, abuse, adultery, divorce and human trafficking are all linked to pornography as well.

Equipping families in a sexualized culture

To meet a growing pastoral need in the Philadelphia Archdiocese, Bozza’s office will launch a new outreach entitled “Equipping the Family, Safeguarding Children,” which is designed to protect families from pornography and its devastating effects.

The initiative will kick off during the weekend of March 2-3 with “Safe Haven Sunday,” which Archbishop Charles Chaput has described as “an opportunity to address the damage pornography does to marriages, families, and our culture as a whole.”

The event’s name is taken from the U.S. bishops’ 2015 pastoral letter on pornography, “Create in Me a Clean Heart,” which affirms the home as the “domestic church” that must safeguard “its role as a safe haven.”

For this initiative the archdiocese has partnered with Covenant Eyes, a Michigan-based provider of internet monitoring and accountability software. The product filters unwanted content on both mobile and laptop devices.

(Listen to a podcast with Archbishop Charles Chaput  on how Safe Haven Sunday can protect families from pornography, and how the Catholic faith offers hope and healing to those who struggle with sexual addiction.)

In addition, clients can sign up for a fee to report their internet usage to “accountability partners” — trusted individuals who can assist them in avoiding pornographic material online.

Bozza was asked to be just that for a friend who subscribed to Covenant Eyes. Weekly and even daily reports allowed Bozza to ensure that his friend surfed the internet in safety.

“If there were things that I found could lead him into a place that he shouldn’t be, I could call him on it,” said Bozza.

Covenant Eyes will also provide parishes with copies of “Equipped: Smart Catholic Parenting in a Sexualized Culture,” a book that stresses the fundamental role of parents in forming children’s appreciation of the divine gift of human sexuality.

In his introduction, Archbishop Charles Chaput described the book as “a theological and practical guide” for parents to form their children’s sexual understanding in light of Catholic teaching.

“By teaching our children about why God made them and what it means to be created in his image, we give the very reason for their existence,” wrote Archbishop Chaput.

Bozza noted that his office also offers additional resources, including information about confidential support groups, which can be accessed at PhillyCatholicLife.org.

For John, who recommends the use of Covenant Eyes, such resources are powerful lifelines when combined with the sacraments of confession and Eucharist.

“When you’re in that darkness, you are literally in the clutches of hell,” he said. “You need to turn to God, and let him become your addiction.”

NEXT: Catholic gents ready again to Man Up Philly, for 11th year