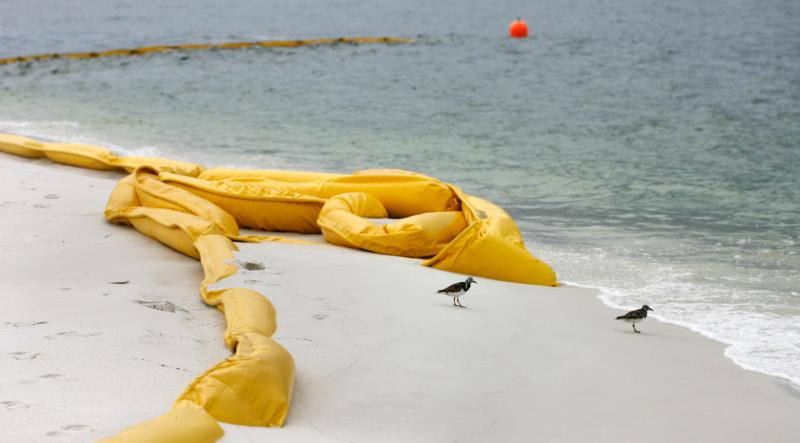 WASHINGTON (CNS) — Rep. Francis Rooney, a former U.S. ambassador to the Vatican, cautioned that offshore drilling for oil in Florida’s coastal waters would endanger the state’s tourism-based economy should a major spill occur.

The Republican congressman from Florida also said during a midday roundtable discussion sponsored by the National Religious Partnership for the Environment on Capitol Hill Feb. 27 that steps must be taken to reduce dependence on fossil fuels because their continued use damages the environment and contributes to climate change.

“Offshore drilling is a real problem for people in Florida, particularly the west coast. The east coast not so much because the Gulf Stream kind of makes it impossible to do much of it,” Rooney said.

“But where we are (along Florida’s southwest coast) … we are at severe risk to our economy should there be a spill or should there be infrastructure put in place to ensure the support of massive offshore drilling operations, because when you have a lot of wells, you have pipelines,” Rooney said.

The hourlong program, which occurred in two segments, focused on how the faith community can respond to a plan introduced 13 months ago by President Donald Trump’s administration to open nearly all U.S. coastal waters to oil and natural gas drilling. Former Florida Gov. Rick Scott, now a Republican senator in Congress, was able to secure an exemption from drilling along the state’s unspoiled coasts.

Rooney has long expressed concern for the impact of climate change around the world, especially through rising sea levels and more powerful storms because of warmer ocean waters. He was one of seven members of Congress — and the only Republican — to recently introduce the Energy Innovation and Carbon Dividend Act.

The legislation has several components. Most notably, it introduces a carbon fee of $15 per ton of emissions starting in 2019. The fee — some have called it a tax — would rise by $10 per ton a year until being capped at $100 per ton. All fees collected would by placed into a carbon dividend trust fund for distribution to U.S. households.

Advocates for the bill, including the U.S. Conference of Catholic Bishops and the Catholic Climate Covenant, stress that it offers a market-based solution to reduce carbon pollution from the use of coal, oil and natural gas. It’s based on the idea that carbon emissions would decline as consumers, industry and energy companies seek cleaner, cheaper energy options.

An analysis published Feb. 27 by First Street Foundation estimated property value losses from coastal flooding in 17 states, from Maine to Mississippi, at nearly $16 billion from 2005 to 2017. Florida had the greatest loss in relative home values at $5.4 billion, according to the Brooklyn, New York-based foundation, which researches the risks associated with sea-level rise and flooding.

Each of the three other participants in the program on the Hill also expressed concern about offshore drilling and the importance of raising the faith community’s voice to influence Congress as well as average Americans to actively address climate change.

The Rev. Russell Meyer, a Lutheran minister representing the Florida Council of Churches, joined the first session alongside Rooney. He said the council is working to help people of faith understand the need to “transition off of fossil fuels altogether.”

The council is working to connect the impact of climate change and poverty as issues that people of faith must address to build a just economy where all people can benefit, Rev. Meyer said.

“We’re trying to cast a vision of what a blue-green economy looks like, one that respects water, one that builds on renewable energy, one that actually generates jobs,” he said.

Rev. Meyer also cited Pope Francis’ encyclical “Laudato Si’, on Care for Our Common Home” as an important document for people of all faiths to study and understand the connectedness of all life on earth.

In the second discussion, the Rev. Jimmie Hawkins, director of the Presbyterian Office of Public Witness in Washington, said the Presbyterian Church (USA) has formally addressed environmental concerns since 1981.

The church also has emphasized that climate change already is affecting the poorest people around the world and that Christians are responsible for caring for all of God’s creation, he said.

Penny Hooper, leadership council chair for North Carolina Interfaith Power and Light, a program of the North Carolina Council of Churches, explained how climate change has contributed to more intense hurricanes in her state and elsewhere including southeast Texas and Puerto Rico, where record flooding has been recorded.

She said her husband’s livelihood as a fisherman in the eastern part of the state has seen negative effects from rising seas and warming waters. She said new offshore drilling would add to the consequences he and others face.

Hooper also read a statement from the Rev. Jennifer Copeland, executive director of the North Carolina Council of Churches, that opposed drilling in North Carolina coastal waters because of its negative impact on thousands of people dependent on fishing and tourism for their livelihood.

“Opening North Carolina’s coast to offshore oil and gas drilling will threaten the health and well-being of our coastal communities and the worldwide environment,” Copeland’s statement said. “Offshore drilling poses a dire and immediate threat to the coastlands and inland estuaries, marshes and waterways of the coast of North Carolina and to the ecosystems of birds, shrimp, oysters, fish and other life forms.”