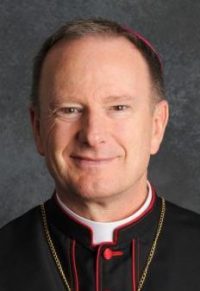 OAKLAND, Calif. (CNS) — The Diocese of Oakland, which serves two California counties in the East Bay area, published Feb. 18 a list of priests, deacons and religious brothers who have worked in the diocese and been credibly accused of abuse, dating back to the diocese’s founding in 1962.

Bishop Michael C. Barber of Oakland, in releasing the list, said its publication was an “act of contrition” and an attempt to bring comfort to survivors of clergy abuse. “I hope this will help bring healing to those who have suffered. I renew our offer of counseling, therapy, support and outreach to survivors,” he said in a Feb. 18 statement.

Bishop Barber said he issued the list with “a heavy heart,” but added that it is a “living list” and would be updated as needed. His intention is not “to reopen the wounds of survivors, but to declare, ‘We have nothing to hide,'” he said.

“The only acceptable number is ‘zero,'” he added. “However, there are right now more than 120 faithful, active and dedicated priests serving our 500,000 Catholics in our two-county diocese. We are on duty daily to serve you. There has been no credible incident of abuse of a minor by a priest or deacon of the Diocese of Oakland since 1988.”

“I can assure that today,” Bishop Barber added, “no priest or deacon who is in active ministry in the Diocese of Oakland has a credible allegation of abuse of a minor.”

Of the 20 diocesan priests named on the list, 14 are now dead. Of the other six, all were removed from ministry, the last ones in 2002, the year the clergy sex abuse scandal broke in the Archdiocese of Boston.

One was excommunicated in 2008, one was laicized in 2007, and three were directed to lead lives of “prayer and penance.” For the sixth, Father Thomas Duong Binh-Minh, who was removed from ministry in 2002, the list says, “Last known location Concord, Calif.”

The list also contains 14 credibly accused men from religious orders — 13 priests and one deacon — three priests who were ordained for other U.S. dioceses, and eight brothers with credible abuse allegations lodged against them. These men, according to the diocese, “were not under the control of the Diocese of Oakland but may have lived or worked here, going back to Jan. 13, 1962.”

The diocese added, “This list is incomplete and based on the best information the diocese could discover.”

“Today’s list is just one milestone in our efforts to investigate past abuses and bring justice to survivors,” said a Feb. 18 statement from diocesan chancellor Steve Wilcox, who was appointed by Bishop Barber to review files and compile names. “We want parents and families to know schools and parishes in the Oakland Diocese will always be safe, healthy and holy places for our children.”

The list of names and facts regarding the diocese’s efforts to protect children and support survivors of abuse was published in the Feb. 18 issue of The Catholic Voice, the diocesan newspaper, and distributed to parishes and Catholic schools in the diocese, in both English and Spanish.

The Oakland Diocese said it is one of the first U.S. dioceses to work with survivors of clergy sexual abuse to develop support systems, going back to the 1990s. The No More Secrets group was formed in 2002, before passage of the U.S. bishops’ “Charter for the Protection of Children and Young People,” and continues to meet monthly.

The diocese requires anyone who works with minors in the diocese — whether clergy, laity or volunteers — to undergo a criminal record check and to receive training in recognizing predatory behavior and how to ensure safe environments for children. Everyone is required to undergo training every three years; more than 33,000 individuals have received this training in the past three years.

Editor’s Note: The complete list posted at www.catholicvoiceoakland.org includes photos of the 20 diocesan priests with credible abuse allegations against them.

NEXT: Pioneering Navy pilot recalled for her humility, love of faith and family