Society believes victims, spots sex abuse more than in past 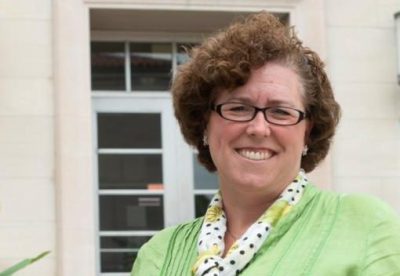 WASHINGTON (CNS) — In her 25 years of working with sexual trauma issues, Eileen Dombo said, “our culture has shifted” in terms of believing people more readily when they come forward about being abused and being more “aware of the signs of sex abuse, signs the child is being groomed.”

“We have a greater capacity to be open to the belief that an adult can harm a child in this way, when for too many years culturally we haven’t been able to believe,” said Dombo, an associate professor in the National Catholic School of Social Service at The Catholic University of America in Washington.

About one in 10 children will be sexually abused before their 18th birthday, according to Darkness to Light. Dombo called such numbers “staggering.”

And despite the fact sex abuse victims are believed more now than in the past, a lot of this abuse still goes unreported, she said.

“Sometimes the child does tell an adult and they are not believed, and the response to the initial disclosure can silence someone for decades,” Dombo explained, “even if they try to tell in a child’s way — not concretely, but say, ‘This person makes me uncomfortable, or ‘I don’t want to be around them or don’t want to go to that place’ — if they are not asked to provide more clarity, they feel shut down.”

Or in other cases, “they disclose and they are not believed because the person (the abuser) is so beloved or powerful or an authority figure,” she added.

“One of the greatest things that can be done” to address abuse “is empowering a child with the language, the knowledge and the tools to spot someone — or tell a trusted adult — when someone is making them uncomfortable,” said Dombo, who specializes in working with trauma survivors.

She also applauded the many safe environment programs and the training that exist now to help children understand “good touches and bad touches” and how to talk to adults about what makes them uncomfortable as well as teaching adults how to respond when a child comes forward with such a concern.

Melissa Grady, like Dombo, is at Catholic University’s National Catholic School of Social Service, where she is an associate professor and chair of the school’s clinical concentration. Her area of research is in working with those who have committed sexual offenses.

Grady stated that many in this field “have really pushed for sexual abuse to be considered a public health problem.” Using this approach, she said, “prevention efforts should be oriented around using levels of prevention as outlined by the Centers for Disease Control: primary, secondary and tertiary.”

She said primary prevention would take a universal approach by providing interventions to everyone, including providing age-appropriate sex education, reinforcing it with more information as they age, which includes making sure they understand consent. Grady added that such programs should take place beginning in preschool and be continued through the university level.

Grady stated that secondary prevention efforts seek to intervene with those who are identified as “at risk.” For sexual abuse prevention, it would mean ensuring that those who have been abused get services, and also provide interventions to those who show sexualized behaviors at a young age or other concerning behaviors. Today “there is much more awareness that these kids need immediate help and intervention,” she said.

Tertiary prevention involves providing interventions to those who have already abused in order to prevent them from doing it again in the future. This would mean, she said, that “we need to provide competent and effective practices to those who have offended to reduce their risk of ever committing another crime.”

Grady stated that there are numerous theories regarding what leads someone to sexually abuse another, but there is not a clear answer.

“We do know that this population has experienced significant trauma, not just in number, but also a wide variety of traumatic experiences,” she said. “These include surviving sexual abuse, physical abuse, physical and/or emotional neglect, and various types of family dysfunction. What we are unclear about is how such abuse histories contribute to subsequent offending.”

She went on to say that we need more research on what factors lead someone to commit such crimes and how to provide effective treatment that addresses both their own victimization as well as their offending behaviors to ensure that they never commit such a crime again.

Grady also shared, however, that among the numerous facts that are misunderstood about this population, is that while there are certainly some individuals who repeatedly re-offend, ” they actually have one of the lowest recidivism rates of any criminal population.” 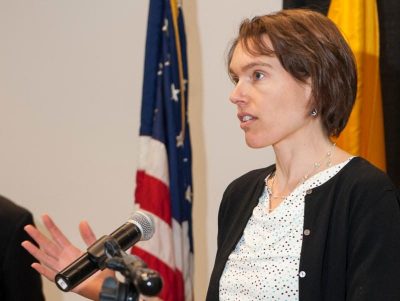 “However, we need more resources to learn about how to make those rates even lower and to implement effective interventions strategies focused on prevention so that no one should have to experience these crimes,” she said.

Dombo similarly told CNS that “the vast majority of people who are sexually abused” do not become abusers.

“However, you have to ask the question what would lead someone to do this to a child?” she said. Like Grady, she said many have had some form of trauma in their lives and that there is no one reason why someone would abuse a child. Some suffer from sociopathy; some may simply have a disregard for social mores; for some it is “a crime of opportunity.” For still others, Dombo said, it could be a crime related “to personal issues of power” — they feel powerless in their own lives so abusing someone is a way to have power over someone.

The damage sexual abuse does to children can be wide-ranging, so the sooner an abuse victim gets supportive help in family therapy or from other trained professionals the better, Dombo said.

Abuse can impact children’s “self-esteem, their beliefs, their view of themselves in the world, their ability to trust others (and) develop trusting relationships the rest of childhood and in adulthood,” she explained. It can affect coping behaviors, create educational problems and behavioral problems, she continued; victims can have difficulty with their peers, become aggressive, can be targeted as ‘a problem child.'”

In adolescence, abuse victims might turn to drugs or alcohol, cause self-injury, act out sexually, have suicidal thoughts or attempt suicide, suffer anxiety, depression and/or post-traumatic stress disorder, Dombo said, and many common mental health issues “stem from untreated abuse.”

“The one thing we have been trying to do as social workers, educators and researchers is make sure all the services people come in touch with — drug counseling, mental health, etc. — are trauma-informed, meaning if they have the sense the person is a trauma survivor, we create a space that allows the potential for disclosure,” Dombo told CNS.

In addition, Grady feels that prevention efforts should absolutely include teaching people how to keep from becoming victims, but they also should include helping children learn to express themselves without “resorting to any kind of violence. Children need to learn how to regulate their behaviors and emotions, and to “cognitively process” challenging situations, as well as how to be empathetic and kind.”

“We need to address prevention by helping children to learn simultaneously — how do you keep yourself safe from others while learning to manage yourself?” she added.

Dombo sees strides being made in addressing child sex abuse “in terms of the culture’s willingness to see that we have a problem and not deny this is a massive problem.”

Asked about the Catholic Church’s response to abuse, “we have a systemic response,” she said, referring to the U.S. bishops’ “Charter for the Protection of Children and Young People” and the protocols it spells out.

The church is taking responsibility “for keeping all God’s children safe from harm” and “starting to dismantle” structures that have led to abuse, Dombo said.

“No other institution has undertaken a public study of sexual abuse and, as a result, there are no comparable data to those collected and reported by the Catholic Church,” said the John Jay report issued in May 2011 on “The Causes and Context of Sexual Abuse of Minors by Catholic Priests in the United States, 1950-2010.”

The study was mandated by the U.S. bishops’ charter and was commissioned by their independent lay-run National Review Board. Conducted by the John Jay College of Criminal Justice in New York, it provides a framework for understanding not only the sexual abuse of minors by Catholic priests but the sexual victimization of children in any institution.

“Only with such an understanding can effective prevention policies be articulated and implemented,” the report said. “While some sexual abuse will always occur, knowledge and understanding of this kind of exploitation of minors can limit the opportunities for abuse while also helping to identify abuse situations as early as possible.”