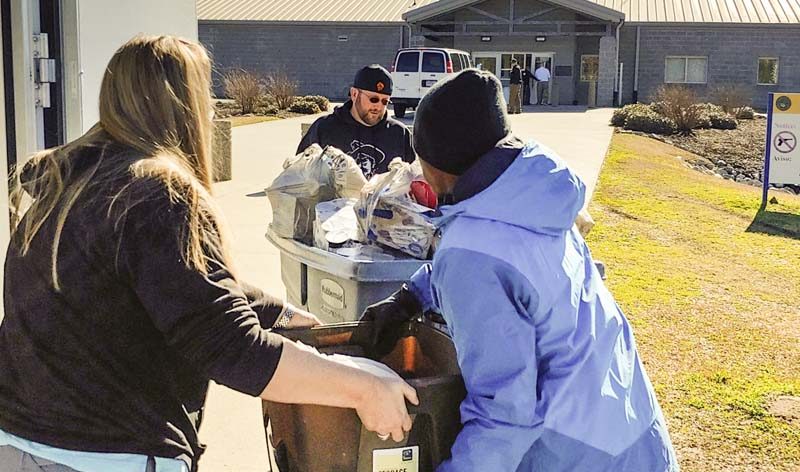 CHARLESTON, S.C. (CNS) — Hundreds of people who were affected by the recent government shutdown received much needed help from Catholic Charities of South Carolina.

The shutdown was the longest in U.S. history, lasting from Dec. 22 until Jan. 25. It caused thousands of federal employees to work without paychecks while many others were furloughed. As the shutdown progressed, people felt the financial burden as they struggled to pay bills and buy basic supplies for their families.

Forty families received assistance in Georgetown, and more than 200 employees were helped at the federal prison, according to Kelly Kaminski, director of disaster services for Catholic Charities.

Kaminski said the Coast Guard families also received a lot of aid from other members of the Georgetown community. Catholic Charities, however, was the only agency that reached out to help the workers at the federal prison.

“There was an extremely positive response from everyone we reached,” Kaminski told The Catholic Miscellany, newspaper of the statewide Diocese of Charleston.

The Coast Guard station contacted the agency for assistance because the two had worked together in the past during hurricanes and floods that hit the area. Catholic Charities learned about the hardships at the federal prison after workers there contacted the Lowcountry Food Bank, which serves the Charleston and Myrtle Beach areas.

Food was the biggest need for prison workers, so the agency sent one of its mobile units to deliver pallets of food, plus baby items and hygiene kits.

In addition to supplies, Kaminski said Catholic Charities offices in Charleston and Columbia also assisted federal workers and their families with paying rent and utility bills.

Kaminski said she is working with regional coordinators at the agency to prepare for future assistance efforts that might be needed if the government shuts down again later this year.

The website ThinkAdvisor.com, quoting S&P Global Ratings, the 35-day shutdown cost the U.S. economy at least $6 billion in direct and indirect costs, “including lost productivity from furloughed government workers and contract workers and lost economic activity from outside businesses.”