Hundreds of migrants stuck in limbo on rescue boats in Mediterranean

Christian charity must be supported by prayer, pope says 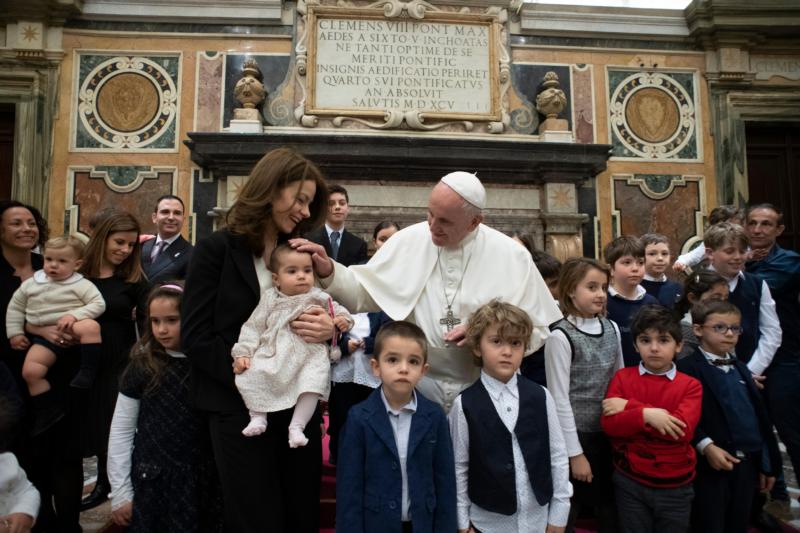 Pope Francis greets a baby during an audience with members of the Italian charity, Circolo di San Pietro, at the Vatican Feb. 28, 2019. The audience was held as the group marks 150 years of serving the poor and the suffering. (CNS photo/Vatican Media)

VATICAN CITY (CNS) — Fidelity to Christ is the “secret” to every effective work of Christian charity, so every activity of outreach to the poor and suffering should be supported by prayer, Pope Francis said.

Celebrating the 150th anniversary of the “Circolo di San Pietro,” a charitable association founded to support the pope and serve the poor, the pope focused on the group’s motto, which is “prayer, action, sacrifice.”

The group was among the first in Rome to run soup kitchens, food and clothing banks and homeless shelters. During World War I and World War II, the association fed thousands of Romans each day, serving more than 4 million meals annually during some of those years.

Pope Francis told members that “the apostolic vitality and future of your association” will depend on how attentive members are to their core values of “prayer, action and sacrifice,” but especially prayer.

“If Jesus is present in the brother or sister we meet, then our volunteer activity can become an experience of God and of prayer,” he said.

Through regular prayer and Scripture reading, the pope said, a person’s life is “permeated by the presence of Jesus,” including in “the suffering of the sick, the solitude of the elderly, the fear of the poor and the fragility of the excluded” who are served.

Pope Francis asked the association members to continue to seek out the poor of Rome and offer a helping hand to all of them. “Every poor person is worthy of our care regardless of their religion, ethnicity or any other condition.”

“Going out to meet the poor, bringing relief to the sick and suffering, you serve Jesus,” the pope said.

NEXT: South Sudan bishops: Peace deal not working, here’s how to fix it