On abuse issue, Catholics shouldn’t battle each other, archbishop warns 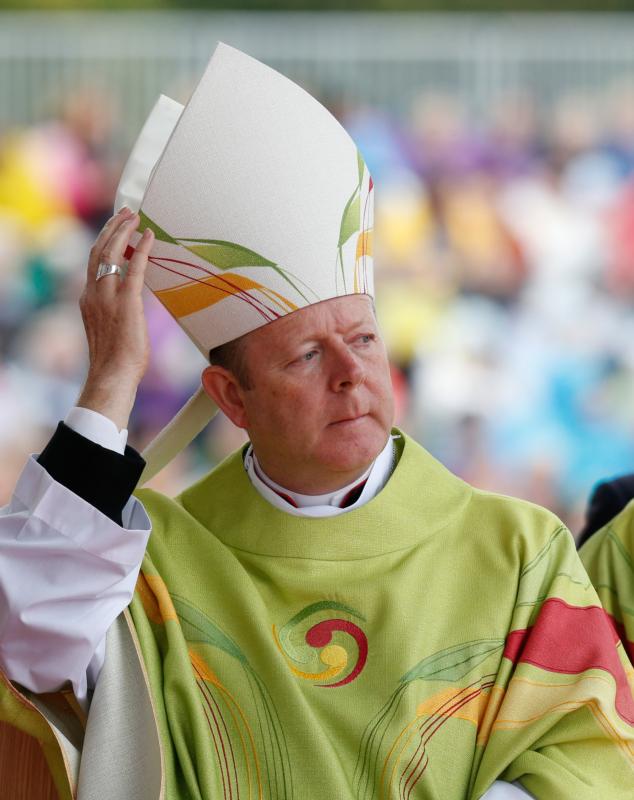 DUBLIN (CNS) — Ahead of a major Vatican summit on the protection of minors, Archbishop Eamon Martin of Armagh, Northern Ireland, has criticized Catholics who use the issue of clerical abuse to score points against people they disagree with in the church.

He also rejected the idea that abuse scandals can be blamed on priests who are gay. However, in an interview with The Irish Catholic newspaper, Archbishop Martin also insisted that the church has to do a lot more research on the impact of an unhealthy approach to celibacy by some priests and religious.

Archbishop Martin — who as president of the Irish bishops’ conference was to attend the Feb. 21-24 summit at the Vatican — expressed the view that the “danger is that the issue, the horrendous chapter of abuse in the church, becomes some sort of ecclesiastical political football, which is batted about between different wings within the church.”

Abuse, he said, “is like a virus that destroys and infects everything that it touches.”

On the issue of homosexuality in the priesthood, Archbishop Martin warned against looking for simplistic answers or scapegoating.

“Let’s be cautious about thinking that we can explain away the horrendous breach of trust and breach of vocation that is abuse by a priest, or a religious. By all means, with the help of proper expert research, let’s look at all the issues,” he said.

Speaking of his experiences of meeting both male and female survivors of abuse, Archbishop Martin asked: “With young women, or women who were abused as young girls, what do we tell them? Do we tell them it was heterosexuality? (Whether the survivor was male of female) it was the very same dynamics of deviance, of deceit, of cover-up, that all happened.”

Turning to the issue of mandatory celibacy, Archbishop Martin insisted that the church needs to “reflect on why did this happen, what are the tendencies, what was it about, who we were as a church that led to this?

“When we’re looking at the issue of an un-integrated sexuality, that can indeed happen with the priesthood, within religious life. When somebody who has chosen a life of celibacy, has not been able to integrate that into their lives in a healthy and fruitful way.

“The un-integration of sexuality that leads to abuse, in my view, is a deviance of sexuality which can exist within the clerical and religious world, but equally within married life or single life. It knows no bounds, and perhaps it would be simplistic of us to try to explain it away,” he warned.

On the contribution of the church in Ireland, Archbishop Martin said that he thinks that the universal church has a lot to benefit from the mistakes that were made in Ireland.

“The reality is that some countries have a very painful lived experience of dealing with this issue, including Ireland. And it’s not to say that we’re in any way perfect on this issue, we certainly are not. But we’ve made a lot of mistakes, and if all we were able to do was to share what we shouldn’t have done, and perhaps some other poor victims around the world will be spared this sort of trauma that we put them through,” he said.

Archbishop Martin said he is optimistic about the Rome meeting while being realistic about what can be achieved at one gathering.

“Pope Francis is doing this for the first time. It has taken far too long for the church universally to try to globally acknowledge this problem. I am a strong believer that abuse is best tackled on the ground, and the principle of subsidiarity is one that I would value in this regard — that taking it to the center is not necessarily going to protect children on the ground.

“I fully understand that for some people, including many victims and survivors, they see the church, what they would describe as at the top or at the center, haven’t got it yet. They’re looking for a very clear recognition. And I think that the Holy See has a very important part to play in openly acknowledging that the sins and crimes of abuse have impacted everyone in the church.

“But I think that the protection of children, of vulnerable adults and minors, must happen on the ground in every parish and every church activity. So, let’s not think that we can kick this issue upstairs, this issue belongs to all of us. And I’m absolutely convinced of that,” he said.

On the issue of accountability, where bishops have not followed church guidelines, he warned against “an insatiable desire on the part of many people to get a head on a plate,” insisting that “sometimes that can be done without due process, it can be done through some kind of court of public opinion, as distinct from a just process.”

“I think that if it’s seen that (some) simply are not following the church’s procedures, and they are giving rise to grave scandal, which makes their authority gravely damaged. I know that there is a global demand for proper accountability in those cases, and I would tend to agree with it,” he said.

Kelly is editor of The Irish Catholic, Dublin.

NEXT: Survivors Speak: What Vatican summit must do to stop abuse