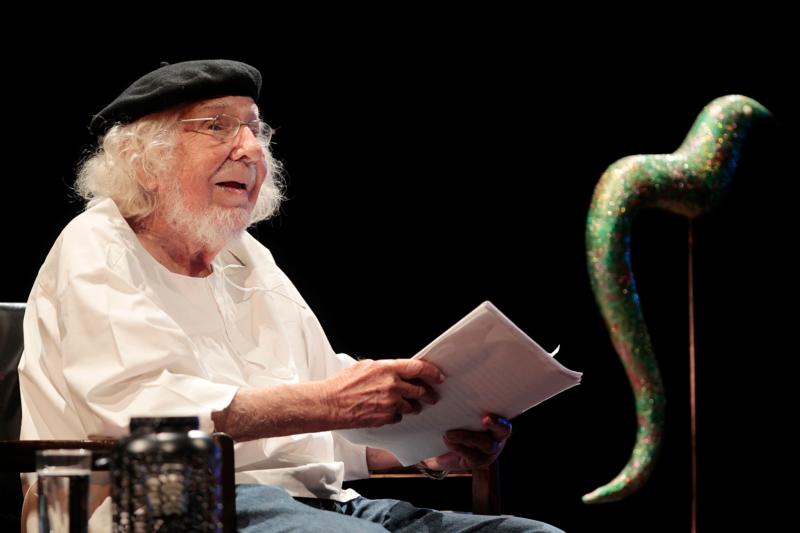 Pope Francis has lifted the canonical penalties imposed 34 years ago on Father Ernesto Cardenal, 94, the Nicaraguan poet and former member of the Sandinista government. Father Cardenal is pictured in a Jan. 28, 2015. photo. (CNS photo/Oswaldo Rivas, Reuters)

In a statement Feb. 18, Archbishop Waldemar Sommertag, the Vatican nuncio in Nicaragua, said Pope Francis had “granted with benevolence the absolution of all canonical censures” imposed on the ailing priest after he had made the request through the nunciature.

Archbishop Sommertag did not say exactly when Father Cardenal’s suspension was lifted. But Auxiliary Bishop Silvio Jose Baez of Managua signaled that the action had been taken when he tweeted a photo of himself at Father Cardenal’s hospital bedside Feb. 15.

Bishop Baez tweeted, “Today I visited in the hospital my priest friend, Fr. Ernesto Cardenal, with whom I spoke for a few minutes. After praying for him, I knelt down beside his bed and asked for his blessing as a priest of the Catholic Church, to which he agreed joyfully.”

When St. John Paul visited Nicaragua in 1983, Father Cardenal greeted him by dropping to one knee and attempting to kiss his ring. But the pope pulled his hand back and shook his finger at the priest in one of the best-remembered images of the Sandinista years.

The Code of Canon Law prohibits priests from holding partisan political offices. After repeated attempts by the Vatican and their religious orders to convince them to resign their positions in the Sandinista government, Maryknoll Father Miguel D’Escoto, Father Cardenal and his brother, Jesuit Father Fernando Cardenal, the Sandinista education minister, were suspended. A fourth priest, Father Edgar Parrales, who was ambassador to the Organization of American States, requested laicization.

In 2014 Father D’Escoto petitioned Pope Francis, and his suspension was lifted. Father Fernando Cardenal was readmitted to the Jesuits in 1997, four years after renouncing his membership in the Sandinistas.

NEXT: Religious superiors admit denial, slowness to act against abuse