To ignore trafficking is to be complicit in the crime, pope says 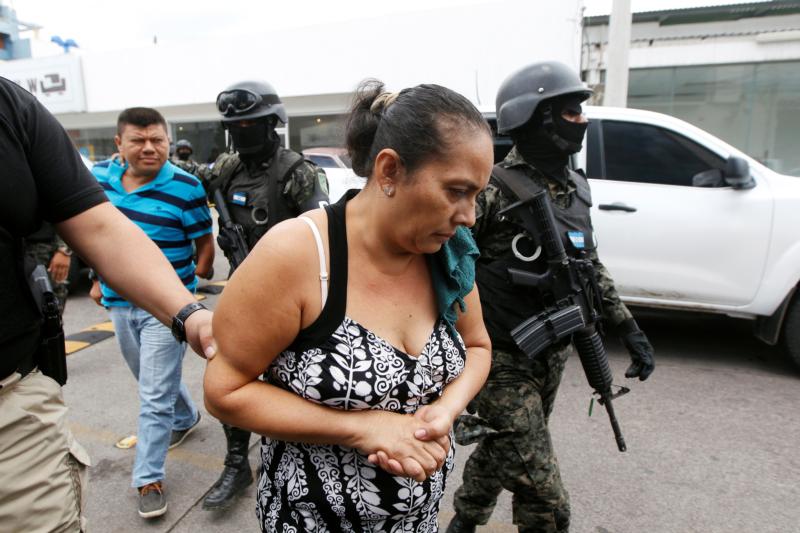 VATICAN CITY (CNS) — To be indifferent to or ignore human trafficking and modern-day slavery would be to become an accomplice to those crimes, Pope Francis said.

“Although we try to ignore it, slavery is not something from other times,” he said in a video explaining his prayer intention for the month of February.

“We cannot ignore the fact that there is as much slavery in the world today as there was before, or perhaps more,” he said in the one-minute video, published online here Feb. 7.

“Faced with this tragic reality, no one can wash their hands of it without being, in some way, an accomplice to this crime against humanity,” he said, calling for prayers and action by welcoming those who are victims of human trafficking, forced prostitution and violence.

The video was presented at a Vatican news conference underlining the importance of the International Day of Prayer and Awareness Against Human Trafficking. The day of prayer, encouraged by Pope Francis, is celebrated every Feb. 8, the feast of St. Josephine Bakhita.

“We cannot be quiet if we don’t want to sell our soul to the devil. This is why we are here, we and all those who fight against trafficking,” said Jesuit Father Frederic Fornos, head of the Pope’s Worldwide Prayer Network, which develops the videos of the pope’s monthly prayer requests.

“It is important to denounce” the crime of trafficking and forced labor, he said, which is why people need to spread awareness, pray and help victims in some way.

Among those helping in the global fight are the world’s religious orders, particularly through the international Talitha Kum network sponsored by the women’s and men’s international unions of superiors general.

The network’s 2,000 consecrated women and men and lay volunteers in 77 countries know “the painful reality” and global complexity of trafficking must be fought with coordinated and “common action,” said Comboni Missionary Sister Gabriella Bottani, the network’s international coordinator.

While sophisticated criminal organizations and government corruption are often responsible for the recruitment and cross-border transportation of trafficking victims, an individual’s own family also might be the culprit, pushing an unsuspecting or vulnerable relative into the hands of traffickers and forced labor, she said at the Vatican news event.

Rejoice, 19, was one such survivor from Nigeria. She told reporters her mother sold her when she was 13 years old to a man named “Lucky,” who “needed a girl to work” in Europe.

Away from home and en route toward Libya, she said she found out she was going to be working as a prostitute. “I was crying. I was afraid. They said if I report to the police I will die,” she said.

After escaping from a detention center in Libya, she said she headed to Italy by boat which “broke in two” and required rescue.

With the help of Italian workers who realized Rejoice was being trafficked, the young girl was eventually taken to a home in Catania run by the Sisters of Divine Providence.

There, the sisters and volunteers work with many women and girls who have been trafficked, said 42-year-old “Bridget,” who asked that her real name not be used.

Bridget said many of the young women they help are minors, whom they must shield and protect not only from the traffickers still looking for them, but from the family members who sold them.

Rejoice’s mother repeatedly threatens and insults her daughter when they speak by phone, both Rejoice and Bridget said, and they cannot tell anyone where she lives for fear the mother will let the traffickers know.

Further anxiety and anguish for victims and even the survivors who have escaped, Bridget said, comes from the voodoo rituals traffickers perform, threatening their victims with evil or death if they do not do what they have been told.

Bridget, also from Nigeria, said she escaped her traffickers in 1998 after she was promised a job at a restaurant in Italy. She said her captives severely beat her when she refused to “work on the street” as a prostitute.

After she escaped and got help from Catholic organizations, she began working as an educator at the sisters’ home and a volunteer who heads to the seaport when a boat of suspected victims of trafficking has arrived.

“To talk about trafficking is easy. To actually see it” and the inhumane conditions the people arrive in, is unspeakable, she said.

People are easily duped by traffickers because the poverty they are escaping is extreme and they believe life in Europe is “all gold” — where life with a job, a home and a car are attainable, she said.

The sisters’ home runs a ceramics studio, a carpentry workshop and a bakery for the female and male minors in their care, Bridget said.

“Because when they turn 18 they can’t live with us anymore. So what happens? Back on the street? Then we would have done nothing. So we looked for a way” to provide skills and training “so they have a future,” she said.