Priests sees progress on abuse, but also resistance in some ‘quarters’ 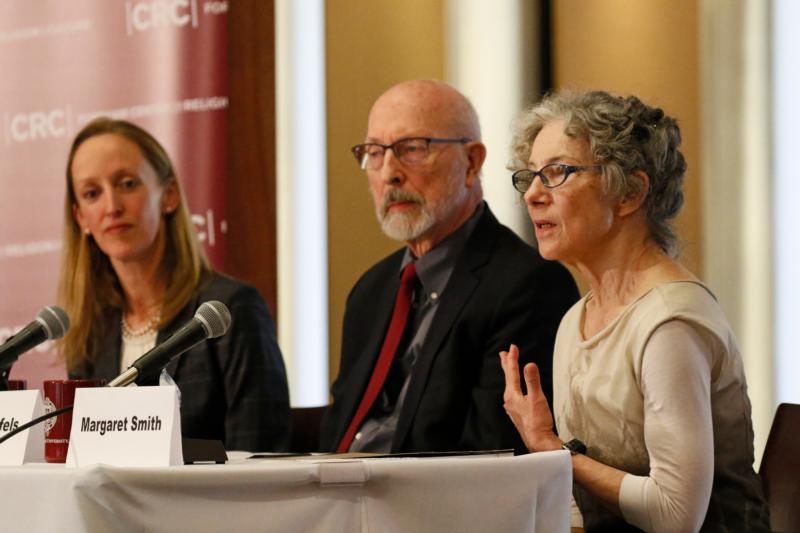 NEW YORK (CNS) — The clergy abuse crisis will not be over in our lifetime, particularly in countries where it is just being acknowledged, according to Jesuit Father Hans Zollner.

However, a growing understanding of the issue among church leadership and commitment to concrete measures that include lay participation will help dispel anger and eventually restore trust, he said.

Father Zollner is a member of the Pontifical Commission for the Protection of Minors and president of the Center for Child Protection at the Pontifical Gregorian University in Rome. He was a lead organizer of the Vatican’s February summit on abuse.

Father Zollner delivered the Russo Family Lecture March 26 at Jesuit-run Fordham University. It was preceded by a presentation by Margaret Leland Smith and Karen Terry, researchers at John Jay College of Criminal Justice and authors of two seminal reports on the scope and causes of abuse by clergy. 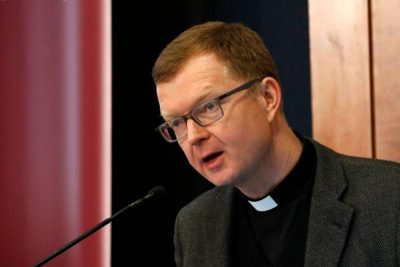 “We are at a breaking point in church history,” Father Zollner said. The abuse crisis is a symptom of a disease that relates to deeper issues of faith, belief and the church’s relationship with a changing world, he said.

In the past 14 months, there has been a dramatic shift in the United States, Germany and some other countries grappling with the issue, he said. Beyond the familiar disappointment and disgust over clerical abuse, Father Zollner said there is a growing spiritual desolation, which St. Ignatius defined as the state of the soul in which there is a decrease in faith, hope, love, trust and orientation.

It is caused by “a sense of betrayal and concern about leadership who did not abuse but were negligent or covered up more or less actively and obfuscated information,” he said.

Pope Francis and others in church leadership have begun to speak about the systemic elements that must be addressed, including clericalism, abuse of power, abuse of conscience and an inability to face reality, Father Zollner said.

In his letter to bishops and leaders of religious orders before the summit on abuse, Pope Francis reminded them of their responsibility to understand and act on the issue consistently and take common responsibility together for their actions, Father Zollner said.

The actions reflect societal change, too, including the #MeToo movement. “The gods of sport and film were thrown down from their thrones, as were some cardinals. The untouchables have become touchable and are facing prison sentences,” he said.

Father Zollner has traveled to 60 countries on six continents to speak with church leaders and laypeople. He said the clergy abuse issue is not in the forefront of church or public concern in 75 percent of the countries, although there are cases and some are reported. This is caused by a combination of factors including both church and society not making it a priority, and concern with other types of child abuse such as sexual violence, child labor, child soldiers, and inadequate education, health and safety for children.

While he was encouraged by the nominal increase in awareness of the issue by participants in the Vatican summit, Father Zollner said he was disappointed that “in some quarters of the church,” there is still active resistance to identifying clergy abusers and little acknowledgement of the damage done to victims.

He attributed some resistance to historical experience. Father Zollner explained but did not condone the actions of leaders in former Communist countries where interactions with the police were sometimes brutal.

“Reporting a priest who has abused is like handing one’s son over to execution,” he said.

Father Zollner said restoration of shattered trust in church leadership must include consistent positive action, change of attitude, help and expert advice from laypeople and a willingness to embrace responsibility, accountability and transparency.

Even in places where the tightest child safeguard standards are in place and victims are heard and compensated, like the United States and Australia, people are still angry and frustrated and think “their bishops don’t get it,” Father Zollner said. “People suffer from safeguarding fatigue.”

They need to be able to believe that their leader will mean what he says and listen, commit and follow through on an action, he said.

Father Zollner cautioned that stricter norms and laws are not an automatic solution and will not change people’s behavior. Different church laws are needed for dealing with various categories of abuse, he said. In addition, a change in the culture will require a change in attitude.

Father Zollner said the Vatican is on course and has a timetable to do specific things, including enacting a new law for reporting allegations in the Vatican City State and a guideline for jurisprudence on how bishops and religious superiors should handle and document abuse allegations.

He said task forces of three or four people will soon be deployed to each continent to help bishops’ conferences and religious orders develop and implement guidelines for response and action.

“There will be follow-up and concrete measures,” he said.

Researchers Smith and Terry described their two comprehensive surveys of the abuse crisis, which covered the nature and scope of the crisis beginning in 1950, and it causes and context.

They confirmed that despite an increase in reporting, the data over a period of more than 60 years shows that the bulk of abuse incidents took place from 1974 to 1982; approximately 4 percent of priests in ministry in U.S. dioceses had an allegation of abuse. And 3.5 percent of the priests with allegations were responsible for 26 percent of the total victims. Half of the accused priests had one known victim; and abuse persisted for an average of 4.9 years. Victims were male in 80.9 percent of cases and most were between 10 and 14 years old.

“This is a problem whose total extent is unknown but whose incidence is consistent,” Smith said.

Statistics gathered from dioceses for the John Jay report in 2002 exactly mirror those collected by the Center for Applied Research in the Apostolate for a 2017 report, she said.

Smith and Terry said their findings show pedophilia is uncommon and neither homosexuality nor celibacy cause people to abuse a child. Most abusers are “generalists” who abuse without regard to gender or age. Smith said 80 percent of men who abused minors also had been involved with adult women.

She said abuse may be a response to loneliness, lack of intimacy or lack of respect for boundaries. There is no scientifically valid way to profile potential offenders and education is the best way to reduce the vulnerability of potential victims, she said.

The symposium was organized and hosted by the Fordham Center on Religion and Culture. Moderators included David Gibson and Peter Steinfels, the center’s current and founding directors, respectively, and Kerry Robinson, global ambassador for the Leadership Roundtable.

NEXT: Church culture’s role in abuse crisis probed at conference