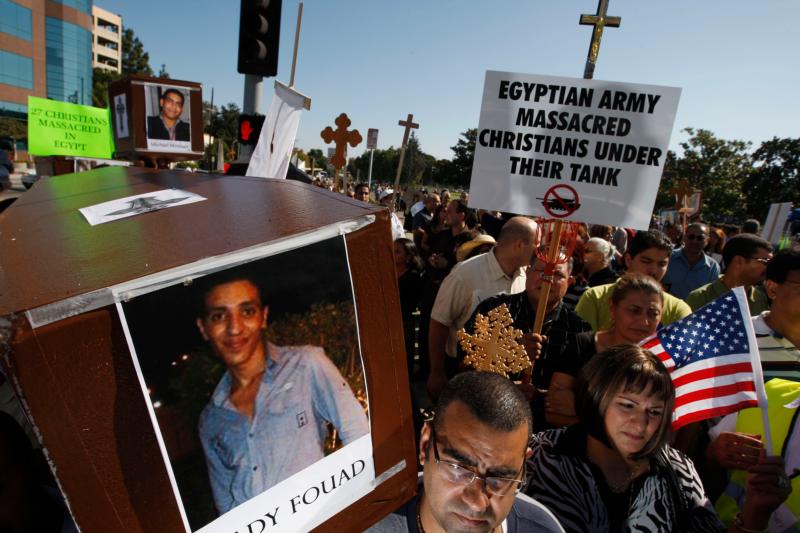 NEW YORK (CNS) — More than half of U.S. Catholics say they are very concerned about the persecution of Christians around the world, with this 58 percent figure up by 17 percent from a similar poll a year ago.

When asked to rank their concerns about global issues, respondents considered persecution of Christians as a slightly more important problem than climate change (57 percent), but less important than human trafficking (82 percent), poverty (74 percent) and the refugee crisis (60 percent). 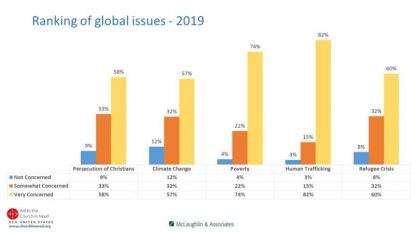 U.S. Catholics were asked for their views on Christian persecution in a survey conducted by Aid to the Church in Need-USA, a pontifical foundation based in New York, and McLaughlin & Associates, a national survey research company. The nationwide poll of 1,000 Catholic adults was conducted online with survey invitations distributed randomly within predetermined geographic units.

Forty-six percent of respondents said the global persecution of Christians is “very severe,” an increase of 16 percent compared to the 2018 poll. They ranked Iran as the country where Christians are most severely persecuted. Next were Iraq, Syria, China, North Korea, Pakistan and Saudi Arabia.

According to Aid to the Church in Need-USA, the survey aimed to measure how aware U.S. Catholics are of Christian persecution, the countries and regions where they consider Christians the most severely persecuted, and specific measures and policies they want the U.S. and other Western governments to pursue to combat it.

Respondents were also asked to what extent they feel Pope Francis, the U.S. bishops and their own parishes are making the issue of Christian persecution a priority and what actions they believe they can and should take themselves.

While only 19 percent of respondents said their parish is very involved with the issue of global persecution of Christians, more than half (51 percent) said Pope Francis is “very engaged” with the issue. Almost one in every four of U.S. Catholics said their bishop is very engaged in this, and 27 percent were unsure about their bishop’s involvement.

Sixty percent of U.S. Catholics identified religion as a key cause of global conflict, though politics and ethnic tension were ranked as more important triggers. 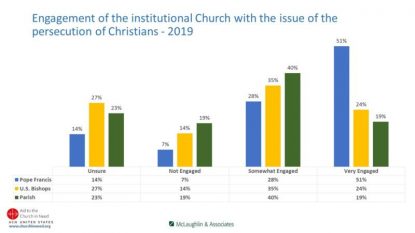 Almost one in every four of U.S. Catholics said their bishop is very engaged in the issue of Christian persecution around the world. Click on graphic to enlarge.  (CNS graphic/courtesy Aid to the Church in Need-USA)

More than 60 percent said the church should play a hands-on role in providing direct humanitarian aid to persecuted Christians.

PREVIOUS: What on earth is a ‘social justice hackathon’?