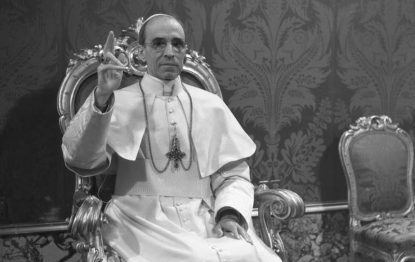 “I am grateful to His Holiness for taking this welcome step and allowing scholars to examine the records of Pope Pius XII’s pontificate during the Second World War,” Cardinal Dolan said in a statement as co-chair of the U.S. Conference of catholic Bishops’ dialogue with the National Council of Synagogues.

“Along with our Jewish partners and colleagues, I have previously called for access to these files. Today, we look forward to the 2020 opening of the archives,” the cardinal added.

Declaring that the Catholic Church is unafraid of history, Pope Francis announced that the documents will be open to scholars in 2020.

He met March 4 with supervisors, staff members and assistants working at the Vatican Secret Archives during an audience to mark the 80th anniversary of Pope Pius XII’s election March 2, 1939.

As a U.S. leader in Catholic-Jewish relations, Cardinal Dolan has actively called for the release of these documents since becoming archbishop of New York in 2009. “Whatever is needed to complete this project, even in phases rather than only as a whole, I suggest must be explored,” he said in 2011 in a speech at Jewish Theological Seminary.

“I echo Pope Francis’ sentiment that sincere historical research will present an opportunity to grow in public understanding,” Cardinal Dolan said in his statement. “I pray it will bring about a new era in which Catholic and Jewish scholars, who have deepened their trust and friendship, can continue working together to examine this important new material.”

Rabbi David Straus, senior rabbi of Main Line Reform Temple in Wynnewood, Pennsylvania, and co-chair of the USCCB dialogue with the National Council of Synagogues, echoed Cardinal Dolan’s sentiments, saying, “We look forward to this new moment of openness, which will only build upon our previous work together, and, we pray, continue to strengthen our relationships, friendships, understandings of each other in our important work together.”

“Our shared commitment to making the facts known can only serve to demonstrate the mutuality of respect and concern that is reflected in Pope Francis’ decision,” he said in a statement, which was released by the USCCB’s Office of Public Affairs along with Cardinal Dolan’s statement.

PREVIOUS: Utah teacher apologizes for telling boy to wash off cross of ashes