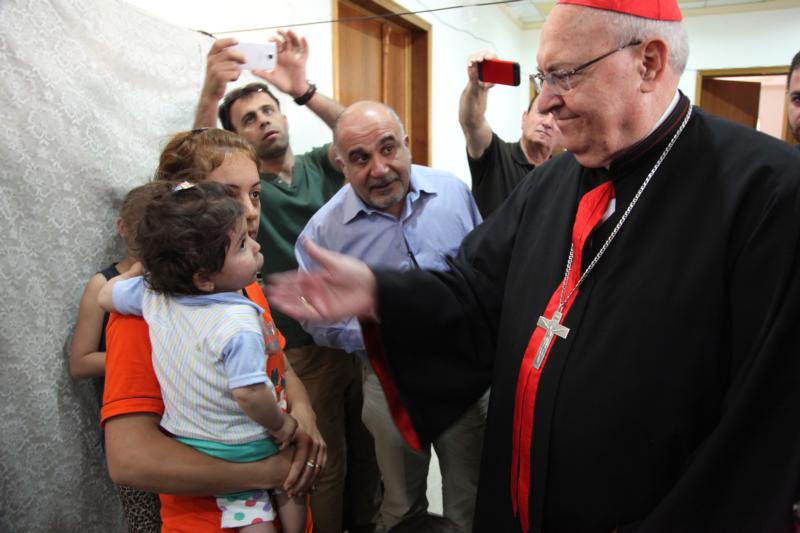 VATICAN CITY (CNS) — Iraqis and Syrians returning to their homelands and refugees living abroad need the help of all Catholics and people of goodwill, said the Congregation for Eastern Churches.

“Greater cooperation and a generous commitment by Christians all over the world to their brothers and sisters of the Holy Land and the Middle East is needed,” it said in its annual appeal, which the Vatican press office published March 28.

In a letter sent to bishops around the world, Cardinal Leonardo Sandri, congregation prefect, asked for continued support for the traditional Good Friday collection for the Holy Land.

The collection, taken up at the request of the pope, is administered by the Franciscan Custody of the Holy Land — an administratively autonomous province of the Franciscan order — and the Congregation for Eastern Churches. The congregation monitors how all funds are used and supports projects in the Holy Land, Cyprus, Syria, Lebanon, Egypt, Ethiopia, Eritrea, Turkey, Iran and Iraq.

The Franciscan Custody is responsible for most of the shrines connected with the life of Jesus as well as for providing pastoral care to the region’s Catholics, running schools, operating charitable institutions and training future priests and religious.

Part of its emergency funding efforts to Eastern-rite and Latin-rite dioceses in the Middle East, the congregation said, includes helping Iraqis and Syrians who are slowly returning to their homelands, as well as their fellow citizens still living as refugees.

“In order to assure the proper means necessary for a dignified life for those who return to Iraq and Syria and those who found refuge in surrounding countries like Lebanon and Jordan, the collaboration of all people of goodwill is needed,” a note from the congregation said.

Most of the collection goes to the Franciscan Custody. Of the amount earmarked for the congregation — which was 8.6 million euro (more than US$9.6 million) last year — went toward: the formation and support of seminarians, priests, religious and laypeople; educational activities for students in the Holy Land; assistance to churches in the Middle East; and emergency aid and extra spending for Iraqis and Syrians, the congregation said.

A detailed list of the projects supported through the funds given to the Franciscan Custody included assistance to the Christian minority in the region, providing pilgrims access to the archaeological sites and Christian shrines and supporting education.

The collection also helped fund activities and educational grants for young people in the Holy Land, housing and small business projects there, as well as emergency aid to Syrians and Iraqis.

NEXT: One-third of Canada’s churches to close within 10 years