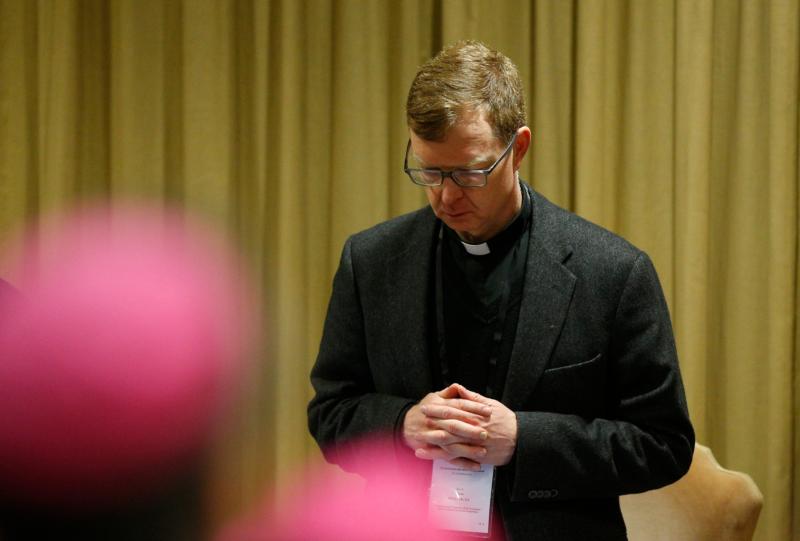 Jesuit Father Hans Zollner, president of the Centre for Child Protection at the Pontifical Gregorian University in Rome, prays at the start of the third day of the meeting on the protection of minors in the church at the Vatican Feb. 23, 2019. (CNS photo/Paul Haring) 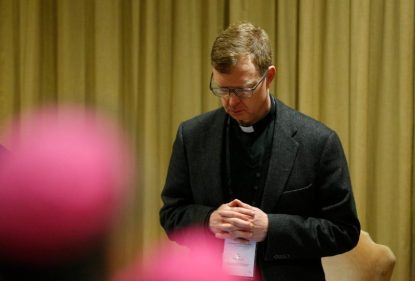 Jesuit Father Hans Zollner, president of the Centre for Child Protection at the Pontifical Gregorian University in Rome, prays at the start of the third day of the meeting on the protection of minors in the church at the Vatican Feb. 23, 2019. (CNS photo/Paul Haring)

Interviewed by Vatican News March 15, Father Zollner noted that in 2011, the Congregation for the Doctrine of the Faith made it clear to bishops’ conferences around the world that the church must obey civil laws regarding cases of abuse.

“So, if a state — in a durably democratic, regulated and legitimate situation — arrives at the conclusion that a representative of the church, whether a deacon, priest, bishop or cardinal has committed a crime, this must not only be respected, it must be accepted. This must be the norm of the church,” said Father Zollner, a member of the Pontifical Commission for the Protection of Minors and one of the chief organizers of the summit on child protection held at the Vatican in February.

In an interview looking back at the February meeting, Father Zollner said several bishops’ conferences already have revised or begun revising their guidelines for protecting children and handling abuse allegations.

And, he said, results should be seen “soon” on projects promised by the Vatican: namely, the promulgation of guidelines for Vatican City State; and a “vademecum” or handbook by the Congregation for the Doctrine of the Faith explaining, step by step, how bishops and religious superiors should handle abuse allegations and how they should prepare the relevant documents for the doctrinal congregation when an accusation is found to be credible.

Father Zollner also noted how, “immediately after the meeting ended,” the Catholic Church experienced “very terrible and upsetting news” with the conviction and sentencing of Australian Cardinal George Pell on charges of sexual abuse of minors and the conviction of French Cardinal Philippe Barbarin of Lyon on charges of covering up abuse by a priest.

The French cardinal, 68, was given a six-month suspended sentence in the case and said he would ask Pope Francis to accept his resignation. The Archdiocese of Lyon announced March 14 that the cardinal would meet the pope March 18.

The guilty verdicts against Cardinal Pell, who maintains his innocence and is appealing his conviction, and against Cardinal Barbarin, Father Zollner said, demonstrate that church officials, including cardinals, are “no longer untouchable” and that governments will apply the law to them as well.

PREVIOUS: After attacks, New Zealand bishops tell Muslims: ‘We hold you in prayer’

NEXT: Santiago church recommends ex-cathedral rector be removed from priesthood