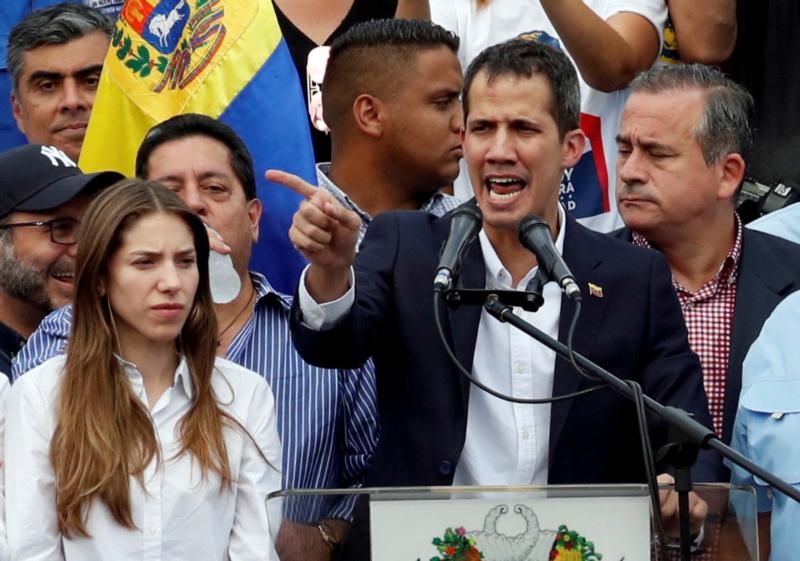 But it is impossible to say when, or whether, that will happen, according to Jesuits and analysts who met March 4-7 at Jesuit-run Antonio Ruiz de Montoya University here to analyze the situation.

“As church and as the Society of Jesus, we don’t want a violent outcome that prolongs the people’s suffering,” Jesuit Father Jose Virtuoso, president of Andres Bello Catholic University in Caracas, Venezuela, told Catholic News Service. “We favor a transition that is as peaceful as possible.”

Venezuela’s spiraling political and economic crisis has caused shortages of food and medicine and interrupted public services like water, electricity and transportation. A power outage affecting most of the country stretched into a second day March 8, forcing schools and offices to close.

The hardships have forced many people to leave the country in search of jobs, Father Virtuoso said. An estimated 3 million people have left Venezuela since 2015, according to U.N. agencies. Many have crossed the border into neighboring countries, where they often face discrimination and must work in low-paying jobs in the informal economy.

The impact of the crisis has rippled through Venezuelan society, affecting parishes and schools as well as ordinary people, said Father Rafael Garrido, provincial of the Jesuits in Venezuela.

Every aspect of life has been disrupted, he said. Something as simple as a family outing to a park may be impossible because of a lack of transportation, while “going to the movies means skipping a meal” to be able to pay for a ticket.

The poorest people suffer most, and parishes try to help, giving priority to people with life-threatening medical problems and malnourished children.

“The church is making an enormous effort to accompany people,” but with inflation running at a mind-boggling 2.69 million percent in January, it is difficult for parishes to pay operating expenses and meet people’s needs for aid, Father Garrido said.

Without basic services like water, schools have cut back class hours, he said. Some children in low-income neighborhoods have been forced to drop out of school.

Universities are suffering a brain drain as professors and researchers take better-paying jobs outside the country, Father Virtuoso said.

College students also drop out to emigrate. Although they may hope to resume their studies, their immediate concern is to find work to help support their families, he said.

The Venezuelan crisis also has international consequences because of other countries’ economic and political interests, Father Virtuoso said. Negotiations for a peaceful transition would probably have to include Russia, China and Cuba, which support Maduro for various reasons, and the United States, European Union and the Lima Group, a group of 14 Latin American and Caribbean countries, which back opposition leader Guaido, he said.

A change of government would not solve Venezuela’s problems immediately. A new administration would have to stop inflation and jump-start the country’s economy, restore public services and rebuild the deteriorated health care and educational systems.

“That will only be possible if a healthy climate of peaceful coexistence, of acceptance, of nonviolence is created,” Father Virtuoso said. “The church is called to collaborate directly in that.”

The crisis and the political polarization that preceded it have “caused many wounds, much resentment, much hatred,” he added.

Nevertheless, Father Garrido predicted that people will be patient with reconstruction “if people see clear signs that the government is concerned about the people and places the people at the top of its agenda.”

NEXT: Don’t waste time talking to the devil, pope says at Angelus