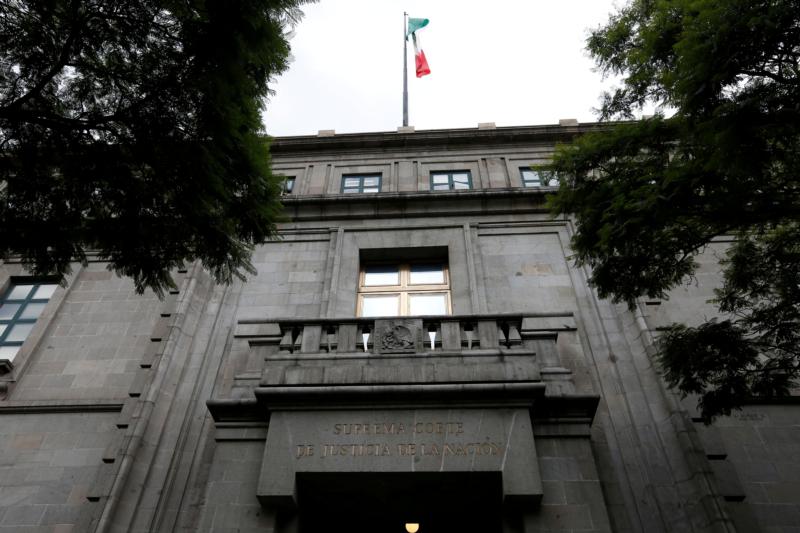 Yasmin Esquivel was approved by the Senate March 12 and will serve a 15-year term on the high court. She received overwhelming support from the ruling MORENA party, while the traditionally Catholic-friendly National Action Party opposed the appointment. Esquivel is considered a friend of President Andres Manuel Lopez Obrador, and her husband’s company is a government contractor.

“I am in favor of life,” she told the Senate March 4. “It is not a personal or ethical issue. It is an issue where we have to adapt ourselves to the legislation that’s been established. … We cannot make personal interpretations, nor ethical, moral and religious ones, and we have to adjust to what the law signals.

Esquivel also expressed some reservations over same-sex couples adopting children — an issue already decided by the court — saying, “Here, the minor’s interests must be favored.”

The appointment of a judge with professed pro-life preferences occurred as the abortion issue stirred controversy in Mexico. Most hot-button social issues do not animate political debates and electoral campaigns, unlike in the United States.

But as International Women’s Day approached March 8, women protested in cities across Mexico and draped green handkerchiefs — the symbol of a wider push in Latin America to decriminalize abortion — over lawmakers’ chairs in the Senate.

The state legislature in the northern state of Nuevo Leon voted March 6 to “protect life from conception.” A pair of senators also promised that week to introduce constitutional amendments prohibiting abortion.

The abortion issue has upended the country’s politics as Lopez Obrador — who won 53 percent of the vote in 2018 by building an umbrella movement incorporating everyone from evangelicals to radical leftists — prefers not to address social issues such as same-sex marriage, even as he promises to “moralize” Mexico’s public life.

Interior Minister Olga Sanchez Cordero, a former supreme court justice who voted to uphold a Mexico City law decriminalizing abortion, said March 6 that Mexico might move to implement a unified criminal code, in which all states would have the same laws, including on abortion. The laws in Mexico City, where abortion is legal in the first 12 weeks of pregnancy, would become national.

Lopez Obrador, however, has showed little enthusiasm for championing issues such as abortion and is believed to have refused to introduce an abortion bill while mayor of Mexico City from 2000 to 2005.

“There are many important issues and, at this time, I think the most important is cleaning corruption from government,” he said in response to a reporter’s question on abortion March 7. He repeated that same position in the following week.

Auxiliary Bishop Alfonso Miranda Guardiola of Monterrey, secretary of the Mexican bishops’ conference, told Catholic News Service the new government had given signals in meetings with church leaders that it was likely to try advancing the abortion issue by unifying the country’s criminal codes.

Some in the church have been vocal on the abortion issue.

“Where is the respect for and autonomy of the 19 Mexican states that respect life from conception?” the Archdiocese of Jalapa asked in a statement. “Why is the interior minister continuing this anti-life discourse, while the president of Mexico says something else? What is the (government’s) true intention?”

In the Diocese of Saltillo, however, Bishop Raul Vera Lopez expressed disquiet with the approval of constitutional prohibitions on abortion.

“I’m not in favor of these kinds of drastic solutions, that they send you to prison, because behind each case, I know, is poverty. There is a lot of suffering. That’s why I’m not a supporter of these kinds of policy,” Bishop Vera told local media.

“Abortion is the interruption of life, the church — I understand perfectly how we cannot (support) something like this. But when you know the conditions of the women who make these decisions, you comprehend it.”