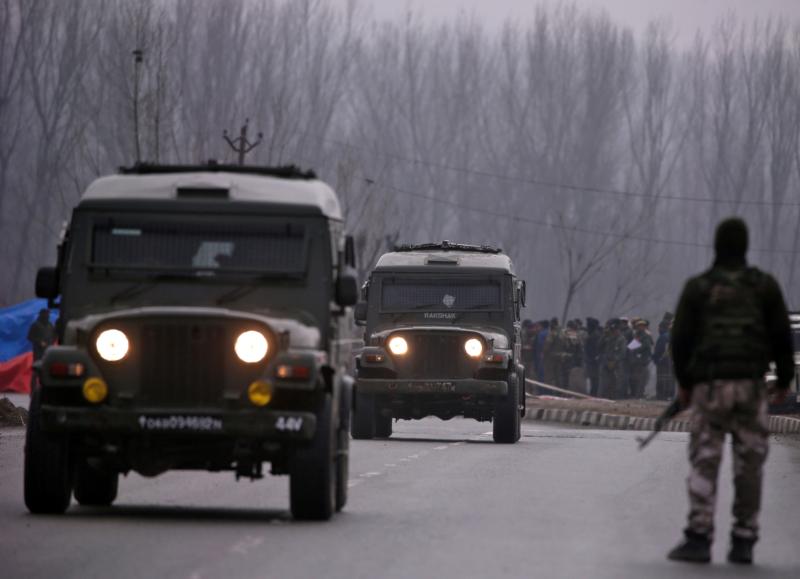 “If we don’t end war, war will end us,” read placards held by staff of the National Commission for Justice and Peace, the Catholic Church’s human rights body in Pakistan, at the protest in front of Lahore Press Club Feb. 28.

“All issues must be resolved through peace talks and dialogue. War is not an option,” he said. Carrying Pakistani flags, the archbishop and clerics also prayed for peace.

India and Pakistan conducted airstrikes on each other’s territory in late February as tensions ran high after 40 Indian paramilitary troops were killed in a Feb. 14 suicide attack. A Pakistan-based terrorist outfit, Army of Muhammad, claimed responsibility.

Kashif Aslam, program coordinator of the National Commission for Justice and Peace, praised Pakistani Prime Minister Imran Khan for announcing the release of an Indian air force pilot captured Feb. 27 after his jet was shot down. A video of Pakistani soldiers trying to protect him from villagers has gone viral on social media.

“This is a diplomatic scoop. We are on high moral ground at this moment. Hope sanity prevails with this peace gesture. We appreciate such steps by the Pakistani government but condemn the ongoing aggression on electronic and social media. Only people-to-people contact can improve our strained relations,” Aslam told ucanews.com.

“The ever-escalating defense budget should instead be diverted toward developing the people,” Aslam added. “Only demilitarization can promise progress.”

Pakistani priests are using pulpits and social media platforms to pray for peace.

“In the name of God almighty, give peace a chance. Come and negotiate and find a solution to the issues that displease us,” Father Abid Habib, former regional coordinator of the Justice and Peace Commission of the Catholic religious major superiors, posted on Facebook.

India accuses Pakistan of supporting “a freedom struggle” in Kashmir against Indian administration. Some groups have also taken up arms in an effort to separate Kashmir from India.

An estimated 100,000 people have died, including civilians, militants and army personnel, since 1990, when Muslim militants began an armed struggle to free the region from Indian rule.

The conflict dates back to 1947 when India and Pakistan become separate states after British rule ended. Both countries claim Kashmir in full and have fought at least three major wars and regularly exchange artillery and small-weapons fire across a disputed border.