Pope leads pilgrims in prayer for victims of mosque attack 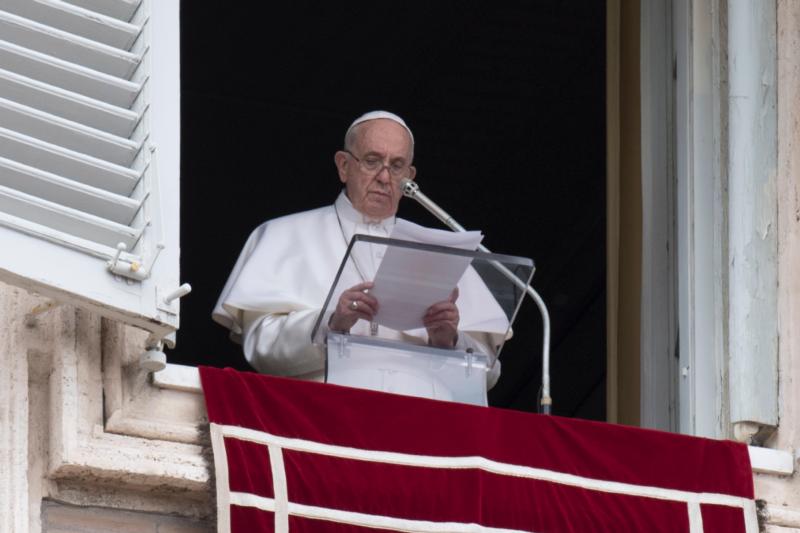 Pope Francis leads the Angelus from the window of his studio overlooking St. Peter’s Square at the Vatican March 17, 2019. The pope led the crowd in silent prayer for the victims of the attacks on the New Zealand mosques. (CNS photo/Vatican Media)

VATICAN CITY (CNS) — Pope Francis called on Christians to unite in prayer for the victims of two mosque attacks in Christchurch, New Zealand, that left 50 people dead and dozens wounded in one of the worst mass shootings in the country’s history.

“I am close to our Muslim brothers and sisters and their entire community. I renew my invitation to unite with them in prayer and gestures of peace to counter hatred and violence,” the pope said March 17 during his Sunday Angelus address.

Around the world, thousands have joined in praying for the victims of the March 15 attack. The gunman, Brenton Tarrant, left a 74-page manifesto posted on social media, identifying himself as a 28-year-old Australian and white nationalist who wanted to avenge attacks in Europe perpetrated by Muslims.

After condemning the attack, Pope Francis bowed his head as he led the thousands of pilgrims gathered in St. Peter’s Square in silent prayer for the dead and the wounded.

In his main address, the pope reflected on the Sunday Gospel reading from St. Luke in which Jesus was transfigured before Peter, James and John, thus granting them “a taste of the glory of the resurrection, a glimpse of heaven and earth.”

Christ’s transfiguration, the pope said, occurred at a pivotal moment in his mission after revealing to his followers that he must suffer and die on the cross.

Knowing that his disciples “do not accept this reality,” Jesus is transfigured before them “so that they may know that this is the way by which the heavenly father will bring his son to glory, raising him from the dead,” the pope said.

“No one can reach eternal life except by following Jesus, who carried his cross in his earthly life,” he said. “Each of us has our own cross. The Lord shows us the end of this journey, which is the resurrection, beauty, by carrying his own cross.”

The Christian understanding of suffering, he continued, is not a form of “sadomasochism” but accepts suffering as a transitional step toward heaven where one experiences “salvation, bliss, light, the unlimited love of God.”

During Lent, he said, Christians should try to be like the disciples, to “remain for a few moments in recollection, every day a little bit” and to “fix our inner gaze on his face and let his light pervade us and radiate in our lives.”

“Let us continue our Lenten journey with joy. Let us give space to prayer and to the word of God, which the liturgy abundantly proposes to us in these days,” the pope said. “Because only by remaining with him will we see his glory.”

NEXT: Corruption is a devastating cancer harming society, pope says