Right to access clean water must be defended, pope says 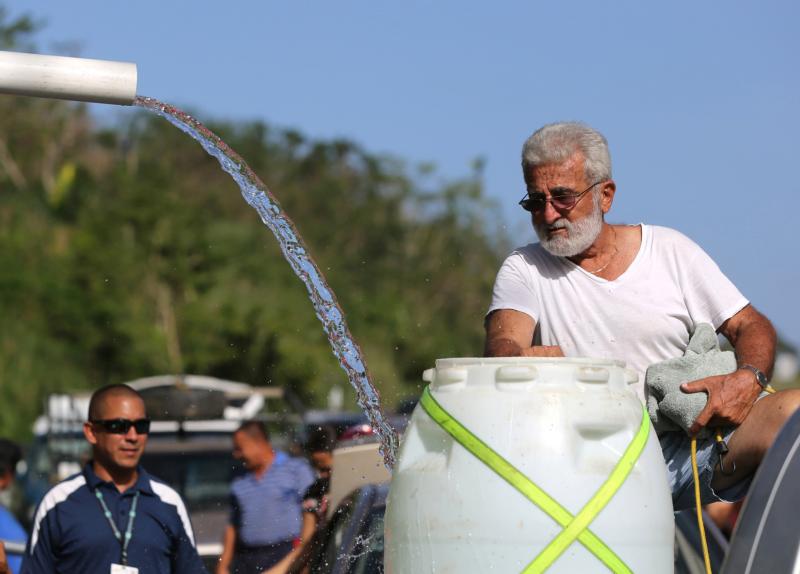 A man fills a plastic drum with spring water from a mountain in Utuado, Puerto Rico, Oct. 21, 2019. Access to clean, fresh water is a fundamental human right that must be defended, especially in poor areas where men, women and children are suffering the deadly effects of climate change, Pope Francis said. (CNS photo/Bob Roller)

VATICAN CITY (CNS) — Access to clean, fresh water is a fundamental human right that must be defended, especially in poor areas where men, women and children are suffering the deadly effects of climate change, Pope Francis said.

In a message marking World Water Day, March 22, the pope said that water “is an essential asset for the equilibrium of ecosystems and human survival, and it must be managed and cared for so that it is not polluted or lost.”

“The new generations are called upon — together with all the inhabitants of the planet — to value and defend this good,” he said. “It is a task that begins with raising awareness among those who suffer the unavoidable consequences of climate change and of all those who are victims in one way or another of the exploitation and pollution of water due to various factors.”

As the temperature of the planet continues to rise, he warned, “more and more people are suffering because of the lack of sources of water suitable for consumption.”

Education is also crucial in teaching future generations to “value and love the resources” the earth provides, he said in the message addressed to Jose Graziano da Silva, president of the U.N. Food and Agriculture Organization.

While the international community is beginning to invest in the future of the planet, the pope said it must also confront the challenge of helping those who suffer and are at the mercy of those who place profit over people.

“It is necessary to elaborate financing plans as well as long-range water projects,” Pope Francis said. “This firmness will lead us to overcome the vision of turning water into a mere commodity, exclusively regulated by the laws of the market.”