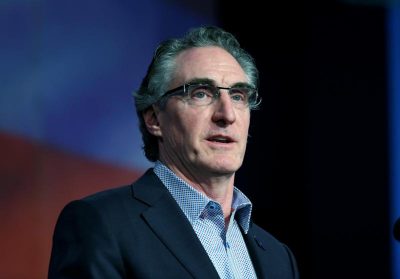 “While every abortion should be considered unacceptable, the people of North Dakota have wisely seen that this particularly gruesome procedure should never occur,” said the conference, which is the public policy arm of the state’s Catholic bishops.

It outlaws an abortion procedure known as “dilation and evacuation,” which is reportedly the most commonly used procedure in second-trimester abortions.

The director of North Dakota’s only abortion clinic said she has not decided yet on a legal challenge to the new law, because she said her clinic’s lawyers are waiting for a court decision on an effort to block a similar law in Arkansas.

The 8th U.S. Circuit Court of Appeals, which includes North Dakota, heard oral arguments in December on the challenge to the law in Arkansas.

North Dakota’s law makes it a crime for a doctor who is performing a second-trimester abortion to use instruments such as clamps, scissors and forceps to remove the unborn child from the womb. Doctors would be charged with a felony, punishable by up to five years in prison and a $10,000 fine.

Women who get such an abortion would not be charged. An exception exists for medical emergencies.

As the bill worked its way through the Legislature, the state Catholic conference expressed its support for the measure, H.B. 1546, saying: “Every child, at every moment of existence, deserves love and the protection of the law. No one has the right to take an innocent human being’s life.

“This is why the official policy of North Dakota is that, between childbirth and abortion, childbirth is to be given preference, encouragement, and support by law and by state action and also why the state recognizes that every abortion will ‘terminate the life of a whole, separate, unique, living human being.’ H.B. 1546 furthers that policy by prohibiting a certain particularly gruesome abortion procedure known as dilation and evacuation.”

The conference also said that “one of the most erroneous statements about abortion law is the claim that Roe v. Wade is settled law, referring to the U.S. Supreme Court’s 1973 decision legalizing abortion nationwide virtually on demand.

“The holding in Roe became unsettled almost as soon as it was decided and abortion jurisprudence is constantly in flux,” the conference said. “Many issues remain question and the constitutionality of banning dismemberment abortions has not been determined by the U.S. Supreme Court.”

“In the meantime,” it added, “we ask that everyone continues to work toward creating a society where no woman ever feels compelled to consider an abortion.”