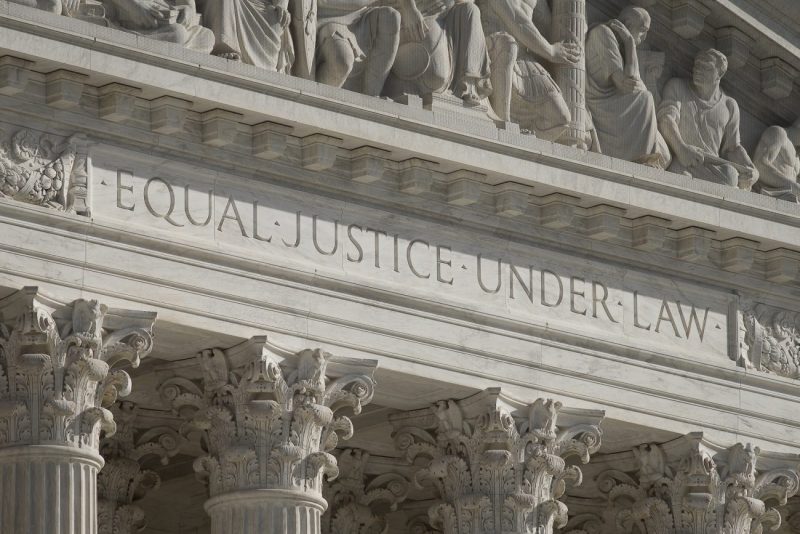 In late March, the court blocked an execution because an inmate’s religious adviser wasn’t permitted to be present, which directly contradicted an execution that the court did not block the previous month also involving a spiritual adviser’s presence at an execution. Three days later, the court narrowly rejected a death-row inmate’s request for an alternative to execution by lethal injection saying this method was not “cruel and unusual punishment.”

On March 29, the Supreme Court stayed the execution of Texas death-row inmate Patrick Murphy while he was appealing the state’s refusal to allow a Buddhist spiritual adviser to be present at his execution.

Murphy, a former prison escapee put on death row for his involvement in the death of a police officer, converted to Buddhism while in prison. He was the driver of a getaway car during a robbery in 2000 — with six other escapees known as the Texas 7 — when two members of the group shot and killed the officer.

The court’s decision in Murphy’s case contrasts with its February action, where it allowed the execution of Domineque Ray, a Muslim, to proceed even though Ray had appealed Alabama’s decision to deny an imam’s presence at his execution.

The difference in the two similar cases came down to timing, according to Justice Brett Kavanaugh’s concurring opinion, in which he said: “Murphy made his request to the state in a sufficiently timely manner, one month before the scheduled execution.”

The Texas Catholic Conference, the public policy arm of the state’s bishops, said in a March 29 statement they were pleased with the court’s decision to temporarily block Murphy’s execution.

“Our country was founded on the rights of each individual to exercise his faith, regardless of whether in prison or in a church. May Mr. Murphy find peace and wise counsel in his search for purity and truth,” the statement said.

Another aspect of Murphy’s case highlighted by Sister Helen Prejean, a Sister of St. Joseph of Medaille and longtime opponent of the death penalty, is that he did not shoot the officer.

She said Murphy was convicted under the “Law of Parties,” a Texas law which allows for a death sentence even if a person didn’t actually participate directly in the murder.

The Texas Legislature is currently considering a bill that would change this law, Sister Prejean tweeted, saying that although it would “not apply retroactively, it would likely give Patrick Murphy a new avenue to challenge his death sentence.”

In death penalty cases, she said, the Supreme Court has said that a jury must determine that a person was a “major player” in a conspiracy when the person didn’t actually kill or intend to kill a victim. “Patrick Murphy’s jury was never asked to make this determination,” she said.

Murphy’s and Ray’s cases have been described as religious liberty issues.

The court’s refusal to allow an imam to be present at Ray’s Feb. 7 execution was “unjust treatment” that is “disturbing to people of all faiths,” said two U.S bishops.

“People deserve to be accompanied in death by someone who shares their faith. It is especially important that we respect this right for religious minorities,” said Archbishop Joseph E. Kurtz of Louisville, Kentucky, and Bishop Frank J. Dewane of Venice, Florida, in a Feb. 8 statement. They are the chairmen, respectively, of the U.S. Conference of Catholic Bishops’ Committee for Religious Liberty and Committee on Domestic Justice and Human Development.

The court ruled 5-4 Feb. 7 to allow Ray’s execution to proceed without an imam present as Ray had requested. He was on death row for the 1995 rape and murder of a 15-year-old and was allowed to meet with an imam before his execution and the religious leader watched from an adjoining room as Ray was executed by lethal injection.

Spencer Hahn, one of Ray’s attorneys, told The Associated Press March 29 that he hoped his client had helped bring attention to the fact some inmates are treated differently when it comes to religious advisers present during executions.

“I’d like to think Mr. Ray’s death was not in vain,” he said, adding that the decision in Murphy’s case sends a message that: “The Supreme Court doesn’t want to see people mistreated like this in their final moments.”

In another case, the Supreme Court ruled 5-4 April 1 that Russell Bucklew, who is on Missouri’s death row for a 1996 murder, can be put to death by lethal injection despite his argument that this method of execution would cause him severe pain because of his rare medical condition.

The justices rejected Bucklew’s argument that lethal injection would violate the Constitution’s ban on cruel and unusual punishment. A tumor in his throat that is likely to burst during the lethal injection procedure could cause him to choke on his own blood.

Sister Prejean said in an April 1 tweet: “Courts often hide behind legalese to avoid the real-world consequences of their decisions. Today’s appalling Supreme Court opinion allows Missouri to execute Russell Bucklew despite strong evidence that tumors in his throat will burst and cause him to drown on his own blood.”

The Supreme Court had already stayed Bucklew’s execution twice, including last year when now-retired Justice Anthony Kennedy provided the fifth vote. All eyes were on Kavanaugh as a possible vote to change this case.

Gorsuch, writing for the majority, was joined by Chief Justice John Roberts and Justices Samuel Alito, Thomas and Kavanaugh. He said Bucklew had waited too long to object to planned method of execution, adding: “Courts should police carefully against attempts to use such challenges as tools to interpose unjustified delay.”

He also said the Eighth Amendment “does not guarantee a prisoner a painless death.”

Justice Sonia Sotomayor, in a separate dissent, focused on the issue of not delaying death sentences, which was raised in the majority opinion. She said there are “higher values than ensuring that executions run on time.”

“If a death sentence or the manner in which it is carried out violates the Constitution, that stain can never come out. Our jurisprudence must remain one of vigilance and care, not one of dismissiveness,” she said.

PREVIOUS: ‘Our nation is better’ than to allow infanticide, pro-life chairman says