‘Our nation is better’ than to allow infanticide, pro-life chairman says 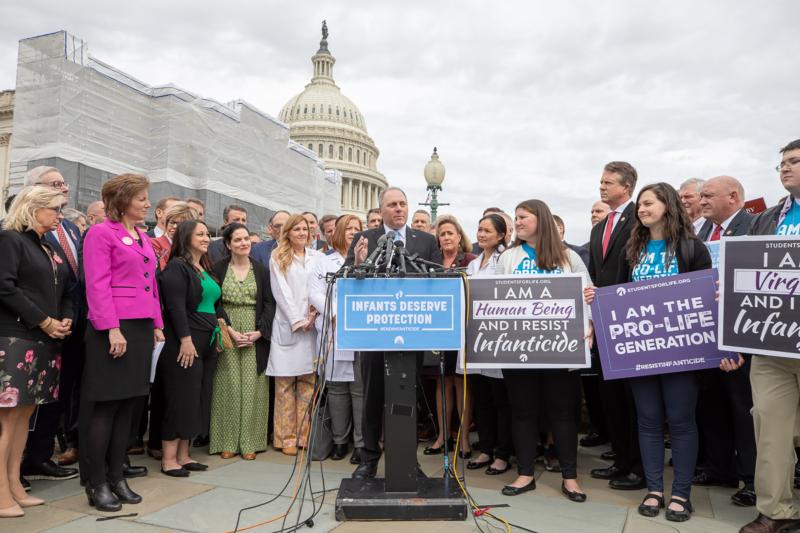 Minority Whip Steve Scalise, R-La., speaks during a news conference outside the House of Representatives in Washington April 2, 2019, announcing he and other members of Congress would be filing a discharge petition for the embattled Born-Alive Abortion Survivors Protection Act. The action would move the bill to the floor of the House for a vote if the petition receives signatures from a simple majority of House members. (CNS photo/Handout)

WASHINGTON (CNS) — For doctors and other medical personnel not to provide care to babies who survive an abortion “is a lethal form of discrimination against the circumstances of the child’s birth,” said the chairman of the U.S. Conference of Catholic Bishops’ Committee on Pro-Life Activities.

“Our nation is better than infanticide,” Archbishop Joseph F. Naumann of Kansas City, Kansas, said in an April 2 statement. “Babies born alive during the process of abortion deserve the same care and medical assistance as any other newborn.”

He made the comments in reaction to the filing of a discharge petition by House Republican Whip Steve Scalise of Louisiana to force a floor vote in the House on the Born-Alive Abortion Survivors Protection Act, sponsored by Rep. Ann Wagner, R-Missouri.

The legislation requires that any child born alive following an abortion attempt be afforded “the same degree” of care that would apply “to any other child born alive at the same gestational age.” The bill does not dictate bona fide medical judgments “nor require futile measures,” but rather requires that babies born alive during abortions are treated in the same manner as those babies spontaneously born prematurely.

A discharge petition is a means of bringing a bill out of committee and to the floor for consideration without a committee report by “discharging” the committee from further consideration of a bill or resolution. If Scalise’s petition receives 218 signatures, House members will vote on Wagner’s bill.

“I strongly urge all representatives to sign this petition, and then vote for the Born-Alive Abortion Survivors Protection Act,” Archbishop Naumann said. “This bill would add specific requirements to help ensure that babies born alive after an abortion attempt can have a fair shot at life.”

In a statement ahead of the news conference, Scalise said his action is necessary because House Speaker Nancy Pelosi, D-California, “refuses to allow a vote on this legislation to defend and protect innocent life.”

“We are taking matters into our own hands,” he said. “This effort is not just about going on the record, it’s about taking concrete action to end infanticide.” 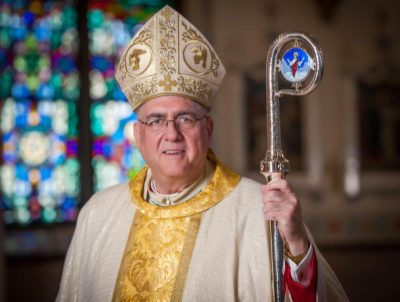 Archbishop Joseph F. Naumann, who heads the Archdiocese of Kansas City, Kan., is seen in this Aug. 31, 2015, photo. The archbishop also is chairman of the U.S. bishops’ Committee on Pro-Life Activities. (CNS photo/Lori Wood Habiger, The Leaven)

He said Wagner’s Born-Alive measure, H.R. 962, is supported by over 70 percent “of voters of all parties, including Democrats and Independents,” so it is “a truly bipartisan bill that deserves a vote on the House floor.”

“The American people deserve to know where their representatives stand on this issue of life or death,” Scalise added.

Said Wagner, “As radical states and legislators have begun promoting not just late-term abortions but infanticide, it is more important than ever that we come together to protect America’s women and children with lifesaving medical care during the moments they cannot protect themselves.”