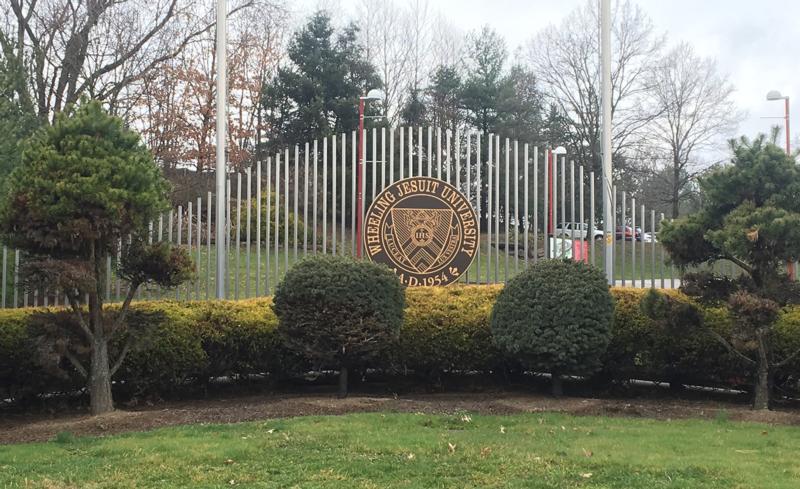 The entrance of Wheeling Jesuit University in Wheeling, W.Va., is pictured in this undated photo. University officials have announced cuts to staff and programs, but said the school will continue to operate under “financial exigency.” (CNS photo/Colleen Rowan, The Catholic Spirit)

WHEELING, W.Va (CNS) — Wheeling Jesuit University announced March 27 that it will remain open under the board of trustees’ existing declaration of financial exigency.

“Based on our analysis and planning to date, the board believes that the university can marshal the resources necessary to sustain operations for academic year 2019-2020,” Michael P. Mihalyo Jr., the university’s president, said in a statement.

The plan, however, does require some difficult decisions, he said.

“Those decisions include a narrowed set of academic programs and co-curricular activities, and a reduction in faculty and staff,” said Mihalyo, who became the university’s 12th president in August 2018. “It is recognized that these changes in our program portfolio and campus community will be difficult.”

Then next day the university announced more details on the next academic year. University officials met with students and employees on campus, where Mihalyo announced that Wheeling Jesuit University will offer the following academic programs starting with the fall 2019 semester: nursing, respiratory therapy, exercise science, education, business, criminal, justice, psychology, doctor of physical therapy, master of business administration, master of arts in education, and master of science in nursing.

They further said that students in majors no longer offered in this fall will receive information on how to develop a plan of study that will lead to their degree.

“We will work with every student to complete their education,” Mihalyo said in a statement. “While we hope that completion will lead to a WJU degree, we will also assist those who wish to transfer to another institution.”

Wheeling Jesuit will evaluate how to structure the university under a sustainable model, and will likely include consideration of new strategic partnerships that could allow the university to bring its mission forward in new ways, officials said.

Archbishop John J. Swint turned over the deed to all college properties and buildings to the Jesuits’ Maryland province in 1957. For the 1987-1988 school year, the university became Wheeling Jesuit College and in July 1996 gained university status.

Wheeling Jesuit University is the only Catholic institution of higher learning in West Virginia, and has a special educational focus “to seek and find God in all, in chapel and classroom, in liturgy and laboratory.”

NEXT: Bishop says ‘deep spirituality’ in South Carolina deepens his own faith