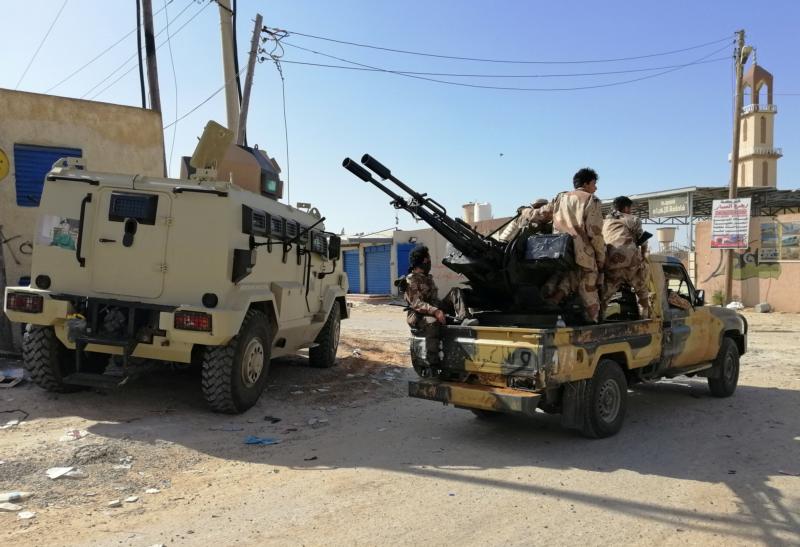 Libyan forces patrol in the town of Ain Zara April 11, 2019. A Philippine bishop has appealed to Filipinos in Libya to return home as fears of renewed civil war intensify. (CNS photo/Reuters)

Bishop Ruperto Santos of Balanga, head of the Episcopal Commission on Migrants and Itinerant People, said the situation in Libya is “uncertain, volatile and unstable” and the safety Filipino migrants there, “is not secured,” reported ucanews.com.

The Philippines’ Department of Foreign Affairs has already urged Filipinos in Libya to opt for “voluntary repatriation” to avoid getting caught up in the fighting.

The call was made following an escalation in fighting, including the shelling of residential areas on the outskirts of the Libyan capital, Tripoli.

Thousands of people have reportedly fled their homes as a result of fighting in which at least 47 people have been killed, according to the World Health Organization.

Ucanews.com reported Philippine authorities said Filipinos in areas near the fighting should move to safer areas or request assistance from the embassy for their repatriation.

Bishop Santos said the country’s Catholic bishops “support and encourage” Filipinos to heed the appeal of the Foreign Affairs department.

“But unfortunately … only 11 Filipinos have requested assistance to be repatriated,” he said April 10.

“I think most (Filipinos) here in Tripoli are maintaining a wait-and-see attitude,” he added.

He said most Filipinos in Libya have been in Tripoli during “some of the worst fighting in its history” and believe the situation will stabilize in the coming days.

Cato said the situation in Tripoli was “business as usual,” although he said “heavy fighting” was reported on the outskirts of the city.

Fighting for control of the capital has threatened to plunge Libya deeper into chaos and ignite a civil war on the scale of the 2011 NATO-supported uprising.

In mid-April, the Philippine government imposed a total ban on the deployment of Filipino workers to Libya because of fighting between rival militias for control of the North African nation’s capital.

More than 2,600 Filipinos work in Libya; many are nurses, teachers or work in the oil industry.

The Philippines is one of the world’s major labor providers, with a tenth of its more than 100 million people working abroad.

NEXT: Embrace the cross, trust God will triumph, pope says on Palm Sunday