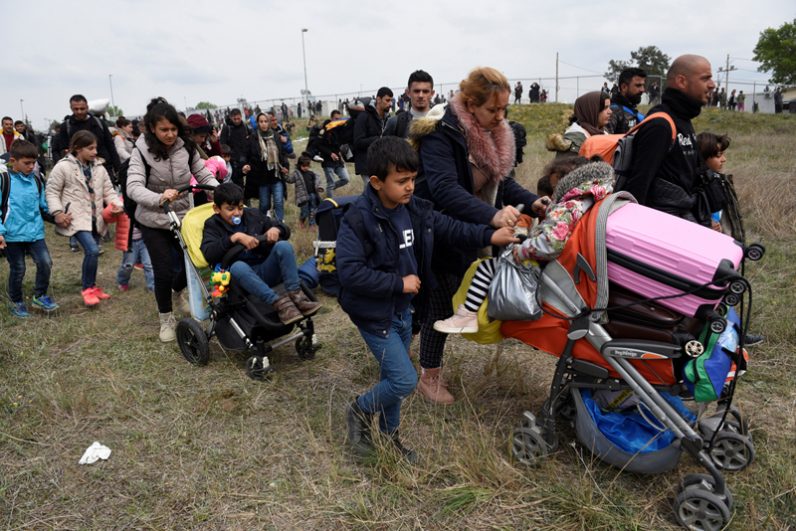 Migrants and refugees, who say that they seek to travel onward to northern Europe, walk away from a camp near the town of Diavata, Greece, April 5, 2019. The migrants and refugees had hoped to cross into North Macedonia, a country Pope Francis will visit May 7. (CNS photo/Alexandros Avramidis, Reuters)

VATICAN CITY (CNS) — Pope Francis will head to the Eastern periphery of Europe May 5-7, visiting Bulgaria and North Macedonia, both predominantly Orthodox countries with a small, but active Catholic minority.

Christians in both nations claim the great ninth-century evangelizers, SS. Cyril and Methodius, as their own and both honor them with a national holiday May 24, recognizing their missionary endeavors, but also their contributions to literature and culture by creating the first Slavic alphabet.

The shared Catholic-Orthodox recognition of the importance of the holy brothers has provided opportunities in the past for members of both churches to come together and focus on the importance of faith for individuals and for the country.

But ecumenical relations have not been easy, and shortly before Pope Francis was scheduled to visit Bulgaria, the Holy Synod governing the Orthodox Church said Orthodox clergy would not participate in any gathering with the pope that involved common prayer.

Bishop Christo Proykov, exarch for Bulgaria’s Eastern Catholics and president of the country’s Catholic bishops’ conference, told Catholic News Service April 23 that “during the persecution by the communist regime, the Catholic and Orthodox churches in Bulgaria were more united” as both suffered for Christianity.

But, he said, “we are pleased that during his visit to Bulgaria, Pope Francis will meet with Bulgarian Orthodox Patriarch Neophyte, who is a very cordial and open man.”

And, he said, as for the decision of the Holy Synod to limit its participation in papal events, “we accept that with respect.”

Iva Mihailova, the Catholic bishops’ spokeswoman, told CNS that Bishop Proykov and Patriarch Neophyte have been friends since they were priests, and they work together in the national council of religions, which brings together Christians, Muslims and Jews.

Bulgarian Catholics are not fretting about the position of the Holy Synod, she said. “Ecumenism is a fruit of the Holy Spirit and has its own pace; every confession has its distinctive traits and every country and church has its own situation that leads to specific decisions. We must respect that without jumping to conclusions because the encounter with the Orthodox is just one aspect of the Holy Father’s visit.”

Another aspect of the visit will be balancing the concerns and fears of the local population with the huge needs of migrants and refugees.

Both Bulgaria and North Macedonia have high unemployment and poverty rates, high rates of emigration and an ongoing struggle handling migrants and refugees trying to cross their territories to reach a better life in Western Europe.

Pope Francis is scheduled to pay what the Vatican described as a “private visit” to a refugee camp May 6 near Sofia, Bulgaria, but the Vatican provided no other details. 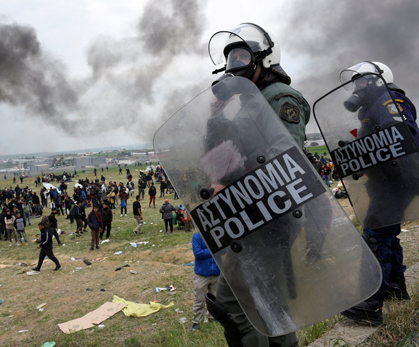 Still, particularly in Bulgaria, assisting migrants has caused political turmoil since 2015 when large numbers of Syrians, Iraqis and others began trying to reach Central and Western Europe using overland routes rather than by crossing the Mediterranean Sea.

The ongoing political tension led the government to refuse in December to sign the U.N. Global Compact for Safe, Orderly and Regular Migration, a nonbinding cooperation agreement strongly supported by Pope Francis.

According to Caritas Sofia, the archdiocesan Catholic charity, some 2,500 people sought asylum in Bulgaria in 2018, almost half of them in the last three months of the year, indicating a new wave of migration.

In addition, the council said, while the Bulgarian government has earmarked funding for local governments to offer integration programs — including language classes, an introduction to Bulgarian culture and assistance finding a job — “the national ‘zero integration’ situation” has continued for more than five years.

The Catholic charity is also the only Bulgarian organization with full-time staff members in the refugee camps and detention centers, and it offers activities and special assistance to children, women and vulnerable adults.

In the “open” camps, where residents are free to go into town, Caritas organizes excursions for the children and teens, including activities with their Bulgarian peers. Caritas staff also provide tutoring, homework assistance and language instruction to migrant and refugee children enrolled in Bulgarian schools.

“The Catholic faithful are very enthusiastic,” Mihailova said. “There is great expectation for his visit also among the Orthodox faithful, many of whom will be in Nezavisimost Square (May 6) for the meeting for peace. This grassroots ecumenism is also important.” 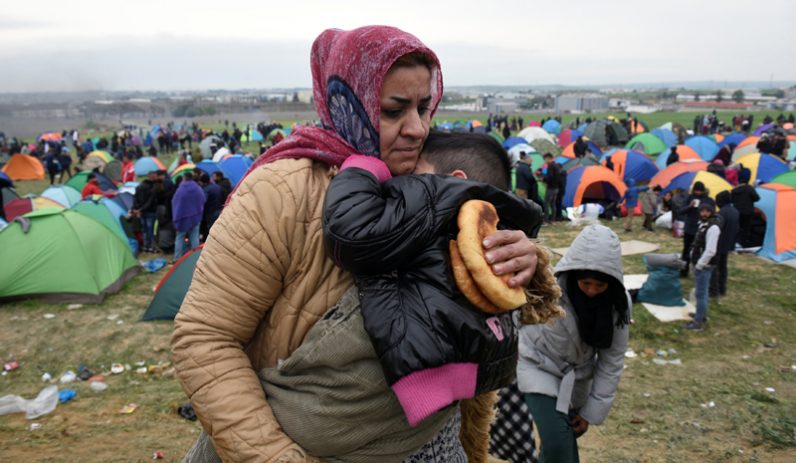 A migrant woman holds a child as she walks outside a camp in Diavata, Greece, April 5, 2019. Many migrants and refugees cross Greece en route to North Macedonia, a country Pope Francis will visit May 7. (CNS photo/Alexandros Avramidis, Reuters)

NEXT: No loans, no aid: Palestinian refugees launch global business