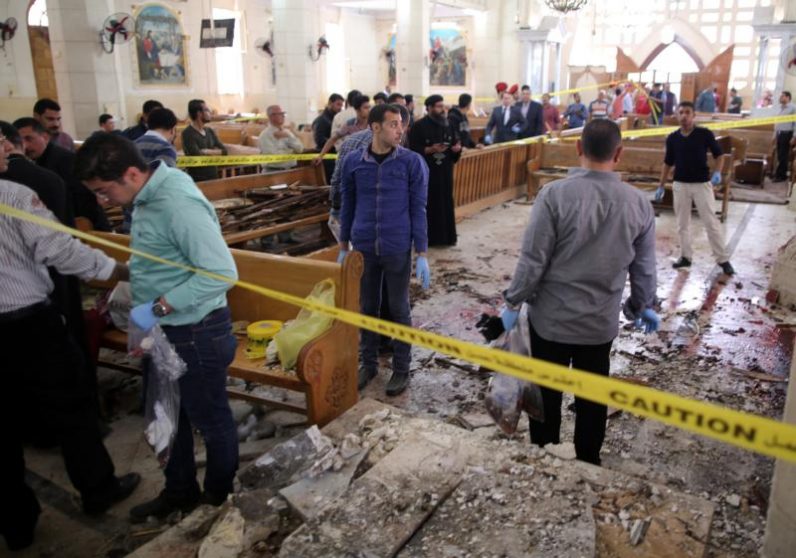 Security personnel investigate the scene of a bomb explosion April 9, 2017, inside the Orthodox Church of St. George in Tanta, Egypt. That same day an explosion went off outside the Cathedral of St. Mark in Alexandria, where Coptic Orthodox Pope Tawadros II was presiding over the Palm Sunday service. (CNS photo/Khaled Elfiqi, EPA)

COLOMBO, Sri Lanka (CNS) — More than 300 people were killed and more than 500 injured in Easter attacks on three churches and three hotels in Sri Lanka. The bombings were the latest in a string of Easter season bombings by extremists.

April 2, 2018: Four people were shot dead in an attack targeting Christians in the southwestern Pakistani city of Quetta on Easter Monday.

March 27, 2016: 75 people died and more than 300 were injured after bombs exploded in a park in a Christian neighborhood of Lahore, Pakistan, as people celebrated following Easter services; the Taliban claimed responsibility.

April 2, 2015: Christian students were targeted as the University of Garissa, Kenya, was attacked on Holy Thursday; 148 people died.