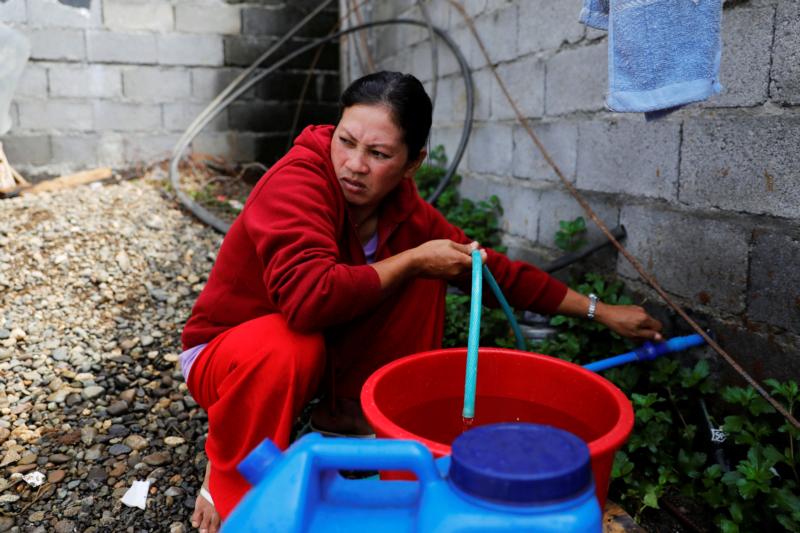 A woman fills containers with water at the only water source near the school-turned-evacuation center in Marawi City, Philippines, May 12, 2019. The social action arm of the Manila Archdiocese welcomed the passage of a law that aims to uplift the lives of poor people and address hunger in the Philippines. (CNS photo/Eloisa Lopez, Reuters)

MANILA, Philippines (CNS) — The social action arm of the Manila Archdiocese welcomed the passage of a law that aims to uplift the lives of poor people and address hunger in the Philippines.

The government announced last week that President Rodrigo Duterte had signed into law what has been called the “Magna Carta of the Poor” — named for the charter of rights signed by King John of England in 1215 — which gives those struggling to make a living easier access to government services.

“That’s what good government is all about, taking care of the poor and marginalized,” Father Anton Pascual, executive director of Caritas Manila, told ucanews.com.

“We congratulate and support President Duterte 100% in his bold signing of this Magna Carta for the Poor,” he added.

Under the new law, the government is required to prioritize programs for the poor that concern the provision of food, shelter, livelihood, education and health care.

Father Pascual, however, expressed apprehension on how the law will be implemented, saying that time, resources and the efficiency of government agencies are “always a problem.”

The law mandates the government’s social welfare department and other agencies to identify beneficiaries of government programs for poor people.

“We hope that the agencies of government have the time and resources to implement it,” he said.

The new initiative aims to help poor Filipinos meet their basic needs. It guarantees the rights of people to adequate food, decent work, relevant and quality education, housing and the highest attainable standard of mental and physical health.

Covered by the new law are those whose income falls below the poverty line as defined by the government’s National Economic and Development Authority.

A survey by pollster Social Weather Stations in the last quarter of 2018, revealed about 11.6 million Filipino families considered themselves as being poor. The Philippines population is about 104.9 million.

PREVIOUS: Pope: Through the Holy Spirit, God’s word can tear down divisive walls

NEXT: Ahead of visit, pope calls on Romania to remember legacy of martyrs