Former Jerusalem patriarch: Time to move away from war 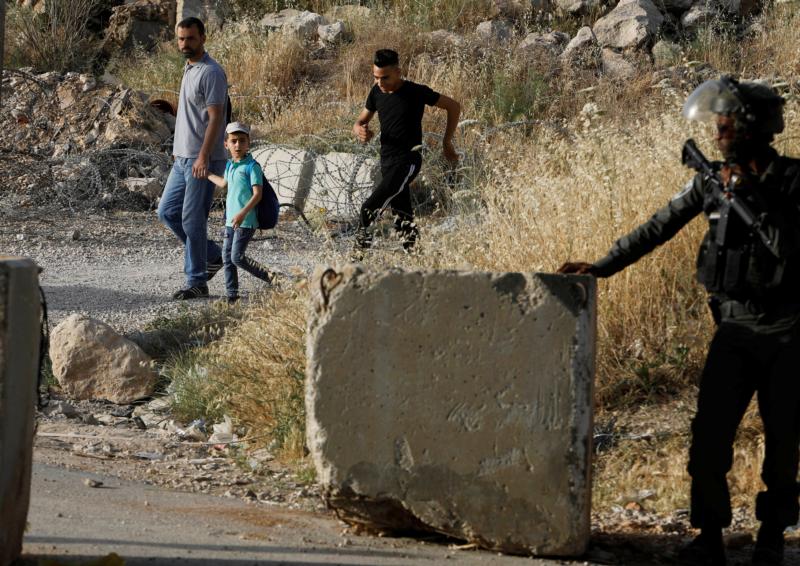 JERUSALEM (CNS) — Appealing to Israel and the United States, Archbishop Michel Sabbah, retired Latin patriarch of Jerusalem, said it was time to move away from war.

“It is time to look for more peace in the region and in Israel and Palestine,” he said.

Seemingly addressing U.S. President Donald Trump, Archbishop Sabbah said since the president says he believes in the Bible, he should read it and pay attention to what is written there about peace.

The statement marked the May 15 date which the Palestinians commemorate as the Nakba, or disaster, when Israel declared its independence in 1948. Israel celebrates its independence according to the Jewish lunar calendar on the Jewish date of the 5th of Iyar, which every year falls on a different secular date.

Archbishop Sabbah called on both countries to “leave war” and urged Israel specifically to move toward the road of peace with the Palestinians, saying that the Palestinians wanted peace.

“After 71 years it is time for the war to stop and for the hostility to end,” Archbishop Sabbah said in the statement. “Israel, do you want peace? … You can decide the beginning of peace. The road is known. The Palestinian constants are known. They are not the obstacle. The obstacle is what is in the hearts. The time has come for the people of Israel to live in peace and security, and to change their shout of ‘Death to the Arabs’ with a shout of life and peace to all.”

He said it was time for Israelis and Palestinians to recognize each other as human beings with “the same dignity, rights and duties.”

“This is possible for those who want right and truth for themselves and others,” he said.

The retired patriarch reiterated a church refrain that Jerusalem is the cornerstone of peace.

“He who loves Jerusalem fills it with truth and love, and God will fill it with peace. Jerusalem is a sacred city for two peoples and three religions. This is her nature. Thus, Jerusalem’s holiness will be affirmed. Then, true believers of all religions will worship God in truth and spirit, and Jerusalem will become a way to peace,” he said.

On May 19, Washington announced it would hold a conference in Bahrain June 25-26 and reveal the first part of Trump’s plan for Middle East peace. However, on May 20, Palestinian Prime Minister Mohammad Shtayyeh said any peace plan that ignores the Palestinian people’s aspirations for an independent state is doomed to fail.

NEXT: El Salvador lays to rest another priest presumably killed by gangs