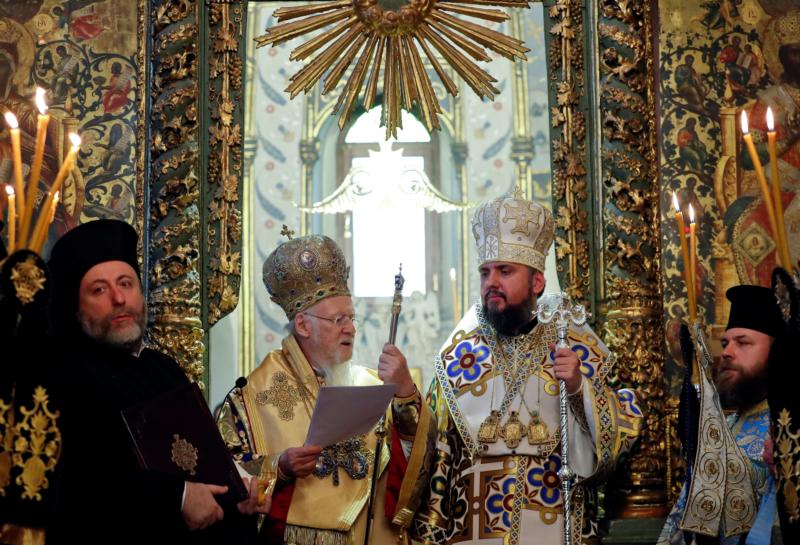 ROME (CNS) — A significant rupture between Orthodox churches in Ukraine has brought the official theological dialogue between Catholics and Orthodox to a standstill, according to a Vatican official involved in the talks.

“The ecumenical dialogue is a journey. At this point in the journey, we have a new problem,” said Bishop Brian Farrell, secretary of the Pontifical Council for Promoting Christian Unity.

In January 2019, Orthodox Ecumenical Patriarch Bartholomew of Constantinople signed a decree recognizing an independent church in Ukraine despite strong criticism from the Russian Orthodox Church, which sees Ukraine as part of its church territory. The Patriarch of Moscow, in protest, excommunicated Patriarch Bartholomew and severed communion with him and his followers.

The Orthodox schism in Ukraine has been reported as the most significant ecclesial fracture since the original break between Catholics and Orthodox in 1054. The Vatican has not taken an official position on the split, insisting it is an internal Orthodox matter.

Delegates from the Russian church, which is the largest Orthodox Christian body, have withdrawn from common projects with the Ecumenical Patriarchate, including the theological dialogue with the Catholic Church.

“We are in a pause, waiting to see how this question can resolve itself,” Bishop Farrell said.

The bishop spoke to Catholic News Service in early May on the sidelines of a Rome conference on the independence, or “autocephaly,” of the various Orthodox churches.

While ecumenical dialogue with the Orthodox theoretically could continue without the Russian church’s involvement, “ask yourself how effective will the reception of such a dialogue be if a major church is not present,” the bishop told CNS.

The Vatican has been engaged in formal dialogue with the Orthodox Church for decades. Since the Second Vatican Council, numerous meetings between the popes and Orthodox leaders have taken place. Additionally, representatives of both communions have issued joint theological statements on a variety of topics once considered divisive.

The Joint International Commission for Theological Dialogue between the Roman Catholic Church and the Orthodox Church most recently has been working toward a shared understanding of the ministry of the bishop of Rome.

Finding common ground and healing the ancient Catholic-Orthodox split has been a priority of recent popes.

Pope Francis has welcomed Patriarch Bartholomew to the Vatican numerous times and visited the Holy Land with him. In 2016, he became the first pope in history to meet with the Patriarch of Moscow and has had close relations with representatives of the Russian church.

Despite the schism, Bishop Farrell said he was hopeful that the dialogue would eventually resume.

“These things happen,” he said. “For example, in the year 2000, our dialogue with the Orthodox, Catholic-Orthodox dialogue broke down over the question of the new tensions rising in the former Soviet countries. And it took six years to get the dialogue back on track.”

“It may happen in some way that we don’t see now that in a few years we’ll be able to pick up and go ahead,” he said.

PREVIOUS: 17-year-old with Down syndrome becomes pro-life advocate in Canada

NEXT: Be merciful ministers of Christ, pope tells new priests