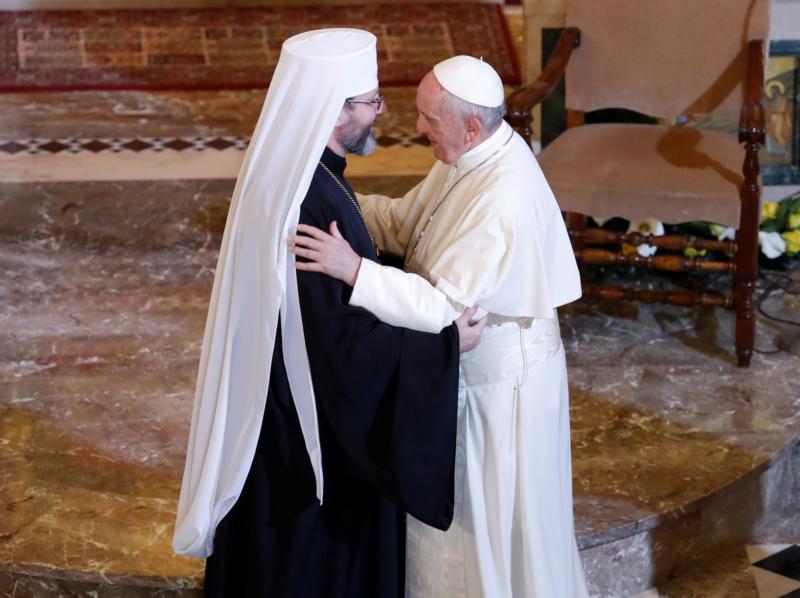 VATICAN CITY (CNS) — Pope Francis has invited bishops of the Ukrainian Catholic Church to the Vatican in July to find ways the church can best serve their people, peace and the Gospel.

The pope’s desire for the meeting, set for July 5-6, is “a sign of his closeness to the Ukrainian Catholic Church” in Ukraine and other parts of the world, the Vatican press office said in a communique May 4.

Given the “delicate and complex situation” in Ukraine, Pope Francis decided to invite the head of the Ukrainian Catholic Church, Archbishop Sviatoslav Shevchuk of Kiev-Halych, its metropolitan archbishops and members of its permanent synod, the press office said.

Top officials of pertinent Vatican dicasteries would also attend the meeting, which would represent another occasion for a deeper analysis of “the life and needs of Ukraine,” it said.

The aim of the meeting is to pinpoint ways the Catholic Church, especially the Ukrainian Catholic Church, “can dedicate itself ever more effectively to preaching the Gospel, contribute to the support of those who suffer and promote peace, in conjunction, as much as possible, with the Latin-rite Catholic Church and with the other Christian churches and communities,” it said.

Archbishop Shevchuk praised the top-level meeting as a way their church could take part in fleshing out “the vision and strategy of the Holy See in regard to the Ukraine nation and the worldwide Ukrainian community.”

In a written press release published May 4, the archbishop said three critical points of that strategy would be: “listening, in order to understand how the pope may intervene to help a church in a difficult situation; strengthening the local church; and the need to guarantee an organic development of the local church.”

The pope’s invitation is “an important signal of support of our church and the beginning of some very serious work to assure an adequate development of the church” both organizationally and in its pastoral activities in Ukraine and abroad, he said.

NEXT: Pope sends condolences to Sri Lanka’s Christians in wake of bombings