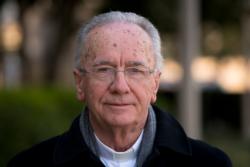 The nomination of the 84-year-old retired Archbishop of Sao Paulo was announced at the Vatican on May 4. The relator is responsible for providing a comprehensive outline of the synod’s theme at the beginning of the meeting and for summarizing the speeches of synod members before work begins on concrete proposals for the pope.

Scheduled for Oct. 6-27, the synod will focus on “Amazonia: New paths for the church and for an integral ecology.”

Cardinal Hummes currently serves as president of the Pan-Amazonian Ecclesial Network, a Catholic organization founded by Caritas Internationalis that “promotes the rights and dignity of people living in the Amazon.”

The Vatican also announced that Pope Francis had chosen two special secretaries for the synod.

The secretaries who will assist at the synod are Bishop David Martínez De Aguirre Guinea, the apostolic vicar of Puerto Maldonado, Peru, and Jesuit Father Michael Czerny, undersecretary of the Migrants and Refugee Section of the Vatican Dicastery for Promoting Integral Human Development.