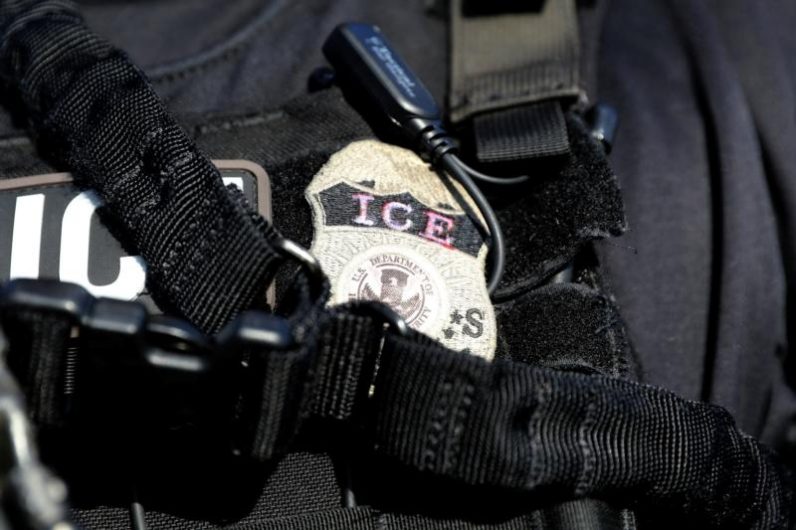 The badge of an U.S. Immigration and Customs Enforcement officer is seen in Santa Ana, Calif., May 11, 2017. (CNS photo/Lucy Nicholson, Reuters)

WASHINGTON (CNS) — The president’s threats came and went in tweets, but priests, women and men religious, church-affiliated organizations and even some bishops from around the country were left trying to dampen the fear those messages sparked among immigrant communities of faith.

Though President Donald Trump used the social media platform Twitter June 17 to announce that U.S. Immigration and Customs Enforcement, known as ICE, would soon be removing “millions of illegal aliens who have illicitly found their way into the United States” and would do so “as fast as they come in,” he called off the threat days later with another tweet. He said that at the urging of Democrats, he would delay the action for two weeks to see if they could arrive at an agreement over asylum.

If they did not agree, “Deportations start!” he tweeted June 22.

But by then, panic had set in among immigrant communities bracing for roundups that would target families and were set to begin June 23, a Sunday. That day in Baltimore, Archbishop William E. Lori paid a visit to Sacred Heart of Jesus Church, a predominantly immigrant Latino parish, the Baltimore Sun newspaper reported in a June 24 story.

“I came to express my solidarity, my love, my care for the immigrant community,” he told the Sun in an interview after Sunday Mass.

Redemptorist Father Bruce Lewandowski, the pastor, said that he found an immigrant family in a van outside as he was getting the day started, and they had slept in the vehicle outside the church out of fear, various news agencies reported. 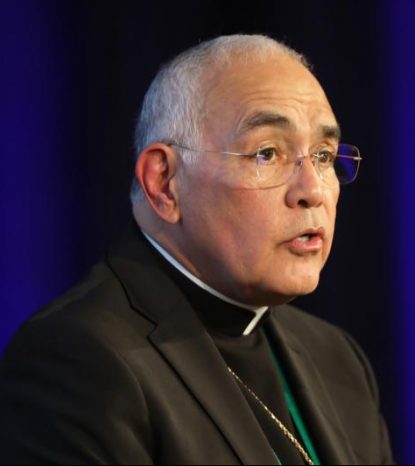 Baltimore was one of 10 cities that would have been affected by the raids, according to news reports that also listed Atlanta, Chicago, Denver, Houston, Los Angeles, New Orleans, New York, San Francisco and Miami as potential targets.

Miami Archbishop Thomas G. Wenski, in a June 21 letter addressed to the archdiocese’s pastors, gave advice for those tending to immigrant communities.

“The best response is to quietly remind people that they should remain vigilant, reduce public activities, refuse entry to anyone purporting to be law enforcement without a warrant,” he wrote.

He also reminded them of an ICE policy that tells agents to avoid apprehending in a “sensitive” location, such as a church, and that undertaking such a major operation would prove difficult for the agency. He also reminded them to share information provided by organizations such as the Catholic Legal Immigration Network Inc., or CLINIC.

Bishop Joe S. Vasquez of Austin, Texas, chair of the U.S. Conference of Catholic Bishops’ Committee on Migration, said in a June 22 statement that while the USCCB recognizes the right of nations to control their borders, the planned “broad enforcement actions instigate panic in our communities and will not serve as an effective deterrent to irregular migration.”

“Instead, we should focus on the root causes in Central America that have compelled so many to leave their homes in search of safety and reform our immigration system with a view toward justice and the common good. We stand ready to work with the administration and Congress to achieve those objectives,” he said.

“During this unsettling time, we offer our prayers and support to our brothers and sisters, regardless of their immigration status, and recognizing their inherent dignity as children of God,” he continued.