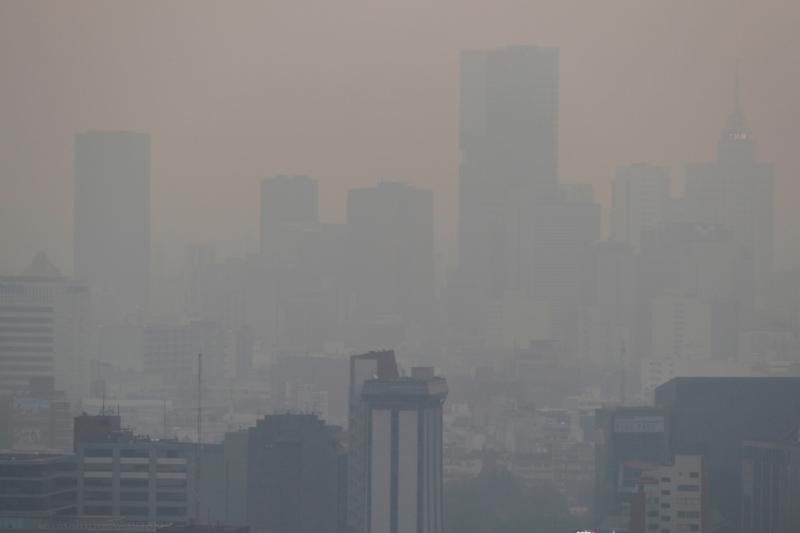 Mexico City is shrouded in smog May 16, 2019. The Mexican bishops’ conference issued a plea for peace and Cardinal Carlos Aguiar Retes asked priests pray “for all the victims of violence in the country” after a pair of kidnappings and killings in the national capital provoked outrage and worsened perceptions of insecurity. (CNS photo/Henry Romero, Reuters)

MEXICALI, Mexico (CNS) — The Mexican bishops’ conference issued a plea for peace and Cardinal Carlos Aguiar Retes asked priests to celebrate Masses “for all the victims of violence in the country” after a pair of kidnappings and killings in the national capital provoked outrage and worsened perceptions of insecurity.

“We have experienced situations of terrible violence, which have been a true ordeal for citizens and many families in diverse parts of the country, (and) for which we don’t see an end,” the bishops’ conference said in a statement.

“We are experiencing an environment of grave insecurity and fear, for which we again call on the authorities to attend to this wave of insecurity growing in our country,” the statement continued. “To our faithful and the society in general, we ask them not to be indifferent to the pain of others and to continue building peace. As a church, we pray and work incessantly for the reconstruction of the social fabric.”

Hugo Leonardo Avendano Chavez, 29, was found murdered June 12 after being abducted in southern Mexico City, according to his family. His body was found in his car with signs of torture and asphyxiation.

Avendano had just completed a master’s degree in psychotherapy at Intercontinental University, run by the Guadalupe Missionaries, according to the Archdiocese of Mexico City. He was about to start a PhD and planned to enter the seminary, the archdiocese said.

“Leo was a good man … a devout man, who wanted to dedicate his life to God,” Avendano’s cousin, Daniela Duran, said on social media.

Duran said of the family’s dealings with the authorities, “We endured hours of paperwork and poor treatment because not only is (someone) a victim one time, here, you are thousands of times.”

Norberto Ronquillo, 22, was kidnapped June 4 in Mexico City, just days before graduating from a university. He was found murdered June 9, even though his family paid a ransom. A friend was detained as a suspect.

The kidnapping caused a clamor on social media and political finger-pointing.

Mexico suffered its most murderous year on record in 2018, and the killings have continued in 2019 at a similar pace.

Cardinal Aguiar called for prayers and also unity amid the outrage.

“Beyond preferences, opinions or political situations, we are all committed to join forces. We must be an example in the construction of a society that’s more humane and close to everyone. We urgently need to sow values and respect,” Cardinal Aguiar said in a June 13 statement.

NEXT: Salvadoran authorities arrest sacristan as suspect in priest killing