Government must account for families separated at border by October 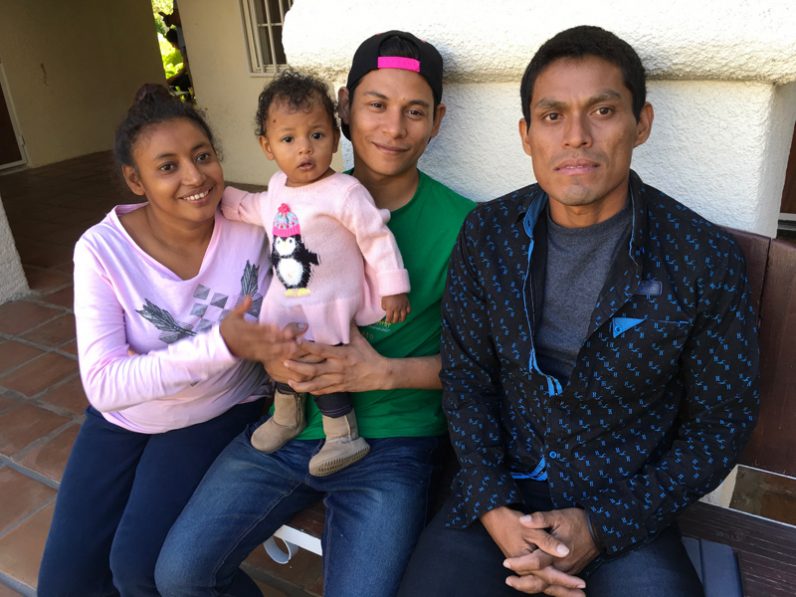 A family from Central America poses for a photo in Southern California Nov. 23, 2018. They are being helped by Our Lady of Soledad Church in Coachella, Calif. (CNS photo/courtesy Diocese of San Bernardino)

LOS ANGELES (CNS) — Federal authorities have yet to offer a full account of everyone that was arbitrarily separated at the border last year.

Further study by the inspector general from the U.S. Department of Health and Human Services found that the massive separations did not start in May 2018 with the “zero-tolerance” announcement by then-Attorney General Jeff Sessions, but months before, in the summer of 2017.

Many of them are still separated, particularly dozens of families where the parents were deported and the children stayed behind.

After a backlash over the policy of separating families seeking asylum, President Donald Trump signed an executive order in June 2018 to officially end the policy.

“Did the separated families get relief and justice after Judge Sabraw issued his order?” is the rhetorical question asked by attorney Linda Dakin-Grimm, a pro bono advocate who is representing a father and son, Carlos, 34, and his son Enrique, 13 (not their real names) as part of joint efforts with KIND, or Kids in Need of Defense, in Los Angeles. They are awaiting a court hearing on their asylum applications.

The two had to flee Guatemala at the very same time that this separation policy was in full effect between May and June of 2018. Carlos was separated from his son for days; only after Sabraw issued his order — two days afterward — was Enrique released to his father.

“My experience is that many families were horribly mistreated and got no semblance of justice,” Dakin said, answering her own question. “Family separation stopped being the default policy because the judge ordered the government to stop doing it, but it has continued to be the practice they use when they feel like it.”

Department of Homeland Security and Trump administration officials maintain that “zero-tolerance” is no longer the practice, and they have until October to come up with a full accounting of how many families they separated and what happened to them. “Those issues will go back to the judge,” Dakin told Angelus, the news outlet of the Archdiocese of Los Angeles.

Recently released figures indicate that the flow of asylum-seekers reached a fever pitch in May 2019, when more than 144,200 migrants were arrested and taken into custody along the southwestern border, a 32% increase from April and the highest monthly total in seven years. Trump blamed the increase on ending family separations, which he called a “disaster.”

Border Patrol facilities are so overwhelmed that they no longer have the capacity to keep the migrants detained or near the border. In California, it has resulted in hundreds of families being dropped off at bus stops in Coachella, a desert city in San Bernardino County better known for its annual music festival.

Thanks to a relationship developed with the Diocese of San Bernardino, Border Patrol has been dropping off migrants at Our Lady of Soledad Church in Coachella.

“We are filled to capacity,” explained Father Guy Wilson. “Fortunately, we have an ideal facility called the Valley Missionary Program and we have a dormitory with places to sleep, shower, a large kitchen, rooms to do intake, rooms for children to recreate. This is where many of these families have found transitional help thanks to our many volunteers.”

More than 6,000 people belonging to migrant families in the process of applying for asylum have passed through the parish in the past six months.

John Andrews, director of communications for the San Bernardino Diocese, explained that they get “a place to rest, time to be embraced by the local community of faith, food and clothing, as well as help in getting them to public transportation and to their final destination all over the country.”

It takes about three days for families to transition. But families haven’t stopped coming.

“Right now we have 100 to 200 new people arriving every day,” said Wilson. “We’ve been able to get money from the state and get many volunteers, but we have money only through the end of this month. We are asking Congressman Raul Ruiz, who represents the area, to find more resources for us, and we are hopeful.”

Marrero writes for Angelus, the news outlet of the Archdiocese of Los Angeles.

NEXT: Religious freedom is basis of all other freedoms in U.S., cardinal says